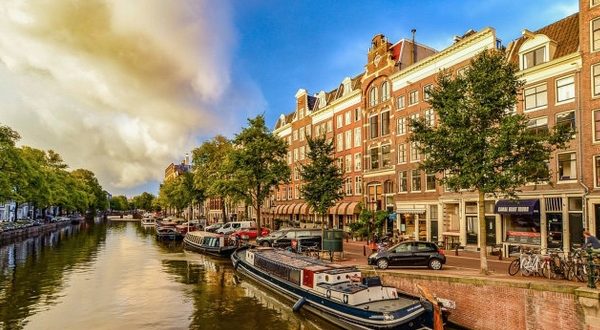 The World’s Most Fun-Filled Destinations

Looking for the most fun-filled places to tack onto the bucket list? The gaming website Mr. Gamerz has the answer.

Mr. Gamerz is a group of gaming fans and fun seekers who are looking for the best entertainment across the seven continents. They compiled data from around the world to determine the destination packed with the most amusement.

Mr. Gamerz’ crew identified top travel destinations and then calculated the number of fun amenities by how large the destination was. Each place was given a score between zero and 10 and, voila, the results are below.

Being a country packed with culture is what put the Netherlands over the top.

It has more than 1,200 museums and nearly 250 national attractions. Add to that its impressive number of amusement, animal and water parks—58 total—and you have a destination full of fun.

There’s more: the Netherlands has some 160 casinos and received a total score of 8.83 on the survey.

The Mediterranean island of Cyprus was in the number-two spot on Mr. Gamerz’ list, scoring 6.92 with an impressive 188 national attractions and 32 museums.

The region isn’t just known for its cultural draw, however, there are more than 30 casinos on the island as well as 16 amusement, animal and water parks. There are also four sports stadiums.

When it comes to packing a lot of fun into a small space, nowhere does better than Belgium (the beer and chocolate are pretty good, too).

Belgium received an impressive score of 5.14 on the fun meter and was recognized for its vast number of national attractions: 295 in all. There are also 50 museums and 45 amusement, animal and water parks in the petite country as well as nine casinos.

It’s easy for smaller regions to score big, so a country the size of the U.K. must be chock-full of amusing things to do and see. According to Mr. Gamerz’ list, the country comes in at number four with a score of 3.49, due to its impressive number of museums (2,500) and national attractions (262).

There are also 180 sports stadiums, 146 casinos and 37 amusement, animal and water parks.

Rounding out the top five is Germany. Its museums are what really set it apart: There are more than 6,250. Germany also has the most number of amusement, animal and water parks per capita: 62. Additionally, there are 68 casinos and 171 sports stadiums, giving Germany a score of 3.2.

Rounding out the top 10 places for the most fun are Ireland, Italy, Portugal, the United Arab Emirates and France.

Mr. Gamerz also broke down the top cities for fun. Cities were scored in a variety of categories, including the number of bars, clubs and restaurants; number of amusement, animal and water parks; number of theaters; number of cinemas; live performances; stadiums; museums; festivals; shopping arcades and more.

Prague was determined to be the top city with a weighted score of 8.53. Setting Prague apart from other metro areas was its combination of shopping arcades, bars, restaurants and clubs as well as museums.

Amsterdam was number two. The number of gigs taking place in the country combined with its impressive amount of bars, clubs and restaurants gave the city an edge.

London was the third-most fun city in the world, leading the way in the number of bars, restaurants and clubs with a whopping 1,463, the most of any other city.

Rounding out the top five were Vienna, Austria, and Singapore.