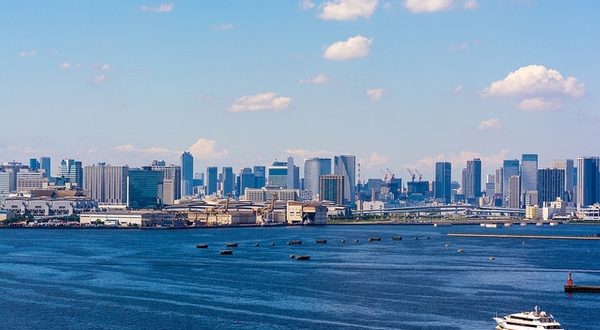 Tokyo Named a Top Destination for 2018

WHY IT RATES: AFAR Travelers names Tokyo, Japan as a top destination to visit in 2018—Eric Bowman, TravelPulse Senior Editor

Japan National Tourism Organization (JNTO) is pleased to share that AFAR Magazine has selected Tokyo as the #1 Asian/Middle Eastern city to visit for 2018, based on survey results of over 160,000 AFAR readers.

As the host city of the 2020 Olympic and Paralympic Games, Tokyo has been striving to welcome more visitors to the city. On November 10th, the Tokyo Metropolitan Government announced its partnership with New York City, Tokyo’s first sister city, to mutually promote tourism to each city.

On November 10th, to kick off the partnership, the Empire State Building was lit up in blue, the Tokyo Tokyo tourism color, and Tokyo Tower was lit up in orange, white, and blue, the colors of the New York City flag.

Tokyo’s growing popularity stems from the truly unique nature of the city, namely the co-existence of long-honored traditions and never-ending innovation.

In Tokyo, visitors can appreciate traditions like Hokusai’s art, best known for “The Great Wave off Kanagawa” at Sumida Hokusai Museum, or get lost in the world of contemporary art with polka dots and pumpkins at Yayoi Kusama Museum, an internationally acclaimed contemporary artist whose exhibition tour “Infinity Mirrors” in the U.S. has been a sold-out success. On par with its art and cultural scene is Tokyo’s celebrated culinary scene.

Now with the most Michelin-starred restaurants in the world, Tokyo continues to attract visitors for endless opportunities for world-class dining, cultural experiences, and unmatched hospitality.

JNTO will continue to further its effort to inspire people to visit Japan to and discover the many hidden gems in Tokyo and beyond.

AFAR’s Travelers’ Choice Awards were revealed on December 1 and will be published in AFAR’s January/February “Where to Go” issue.