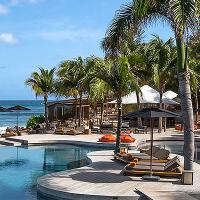 TripAdvisor ranks the “Most Excellent” hotel chains in the world

A number of hotel chains based in Asia Pacific were also recognised as the “Most Excellent” hotel chains globally. The Indian Hotels Company (Taj and Vivanta) and Shangri-La Group came in #3 and #5 respectively under the medium chains category whereas The Oberoi Group, Aman Group, Pan Pacific Hotels Group and Rosewood Hotels & Resorts made up the top 10 in the small chains category.

“The Certificate of Excellence is widely recognised by travellers as an indicator for consistent, high quality service and experience, a recognition you will find proudly displayed in hotels all around the world,” said Grant Colquhoun, TripAdvisor’s spokesperson for Asia Pacific. “For the first time ever, TripAdvisor is shining a light on the chains that have received the most Certificate of Excellence this year. Congratulations to all these excellent brands for this tremendous achievement!”

Certificate of Excellence Methodology
Certificate of Excellence recipients were selected using a proprietary algorithm that takes into account the quality, quantity, and recency of user reviews, as well as the business’ tenure on the site. Recipients must maintain an overall TripAdvisor rating of at least four out of five, have a minimum number of reviews and have been listed on TripAdvisor for at least twelve months. A business must be listed for the full 12-month qualifying period between April 1, 2017 to March 31, 2018 to be considered. Recipients are announced only once a year.