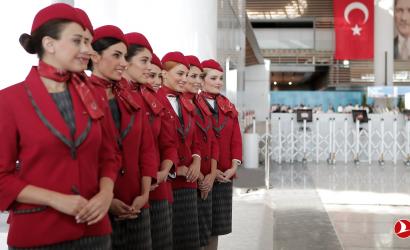 Turkish Airlines will add flights to Xi’an as it continues to grow its route network in China.

Some two decades after the airline’s first flights to Beijing, the new destination will join the capital, Shanghai and Guangzhou in the flag-carrier’s portfolio.

After the meeting between Turkish Airlines chairman, M. İlker Aycı, and secretary of the Shaanxi Province Party Committee, Hu Heping, last week, an agreement was made for the carrier to launch flights.

The frequency of flights to Xi’an will initially be thrice a week, with the flights being planned to start by the end of 2019 and set to gradually increase as the 2020 summer schedule begins.

With the launch of the flights to Xi’an, Turkish Airlines’ reciprocal flights will increase to 24 flights a week.

Aycı added: “We expect that the Xi’an flights will contribute to the tourism, trade, cultural and economic connections between the two countries.

“I believe that the transportation bridge built by us will facilitate positive developments beneficial to both communities that have relations deeply rooted in history.”