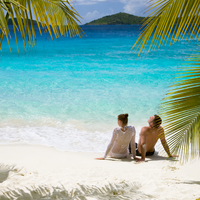 Across all generations, Americans are open-minded travelers who are deciding between two or more destinations and seeking help and inspiration during the travel planning process. Friends and family, online travel agencies (OTAs) and search engines are the largest influences on travel decisions. Although more than 90 percent of Americans say they look for deals and value, they ultimately prioritize activities and experiences over discounts when making travel decisions.

“While some of the findings were expected, such as Gen Z being more influenced by social media than Baby Boomers, we also uncovered surprising nuances and distinct habits within each generation, including the insight that Millennials are most likely to be influenced by advertising,” said Wendy Olson Killion, Global Senior Director at Expedia Media Solutions. “Our research into the generational influences, motivations and decision drivers of American travelers provides fresh insights and takeaways to help marketers successfully target and convert each age group.”

Gen Z is Open-Minded, Bucket-List Oriented and Looking for Off the Beaten Path Locations
Gen Z travels 29 days a year[1] and although they have a budget in mind when planning a trip, they invest in travel, and are more likely than other generations to travel internationally or for a special event. They are avid outdoor explorers and only one-third of Gen Z travelers have a destination in mind when they begin the research process.

Millennials Embrace YOLO and Prefer All-Inclusive, Relaxing and Romantic Vacations
Millennials travel more than any other generation (35 days per year) and are more likely than other generations to be influenced by advertising during the decision-making process. They enjoy a wider variety of trip types, including relaxing at the beach or a resort, visiting family, sight-seeing, romantic getaways, and bleisure.

Gen X are Vacation Deprived Road Trip Warriors, Traveling Less Frequently than Other Generations
Family-oriented Gen X travels only 26 days per year, less than any other generation, but they spend more on hotels and prefer relaxing trips, sight-seeing vacations and visiting family.

Baby Boomers Are Decisive and Confident Travelers, And Not Tied to Budget
Boomers travel 27 days per year and are heavily focused on visiting family, so they know where they want to go and how to get there, which makes them seem more predictable than other generations. However, they are less likely to be tied to a budget than other generations, and when not visiting family, they fill their itinerary with museums, historical sites, arts and culture and recommendations from locals.

[1] Total travel days are estimates based on the calculation of Total Number of Trips Taken Per Year multiplied by Last Vacation Duration in Days.