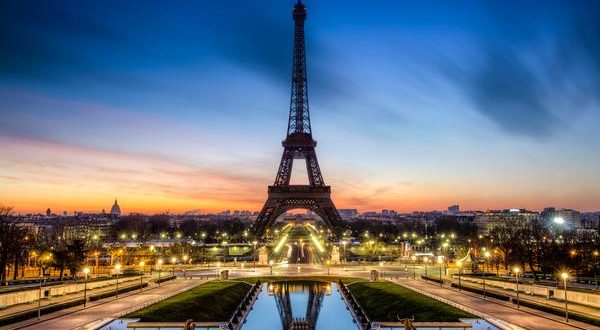 On Tuesday, U.S. News & World Report released its annual rankings of the Best Vacation Destinations, with Paris topping the list as the best city to visit.

While Paris was ranked the No. 1 destination in the world, New Zealand’s South Island ranked second, Rome at No. 3, Tahiti at No. 4 and London at No. 5. Other notable cities include New York City at No. 12 and Amsterdam at No. 17.

“This year we saw an unmistakable travel trend: More people are interested in spending their hard-earned vacation days outdoors,” U.S. News travel editor Christine Smith said. “Although travel trends and the appeal of various vacation destinations are always changing, the U.S. News Best Vacations lists feature a mix of destinations so travelers can find the right vacation for them, regardless of interests and budget.”

U.S. News also ranked the Best Historical Cities to Visit in America, which included Washington D.C. at No. 1, Boston at No. 2, Philadelphia at No. 3, Gettysburg at No. 4 and Williamsburg at No. 5.

To view the full rankings, visit US News here.