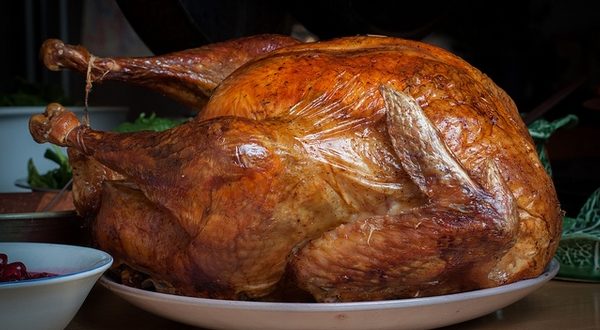 What Are the Hottest Thanksgiving Destinations?

It’s safe to say that New York City and Cancun are in a league of their own when it comes to hosting the ultimate Thanksgiving getaway.

The two cities are the most popular domestic and international destinations among Americans planning a Turkey Day trip for the third consecutive year, according to research conducted by Allianz Global Assistance.

The travel insurance provider analyzed more than 4.5 million travel plans made by Americans for Thanksgiving 2017—defined as the period between November 18 and November 28—to determine the top-ranking destinations in the U.S. and abroad.

Atlanta is by far the biggest mover this year compared to last, climbing four spots from No. 6 to No. 2. Meanwhile, perennial Thanksgiving hotspots Los Angeles, Orlando and Boston round out Americans’ top five most preferred domestic destinations.

Chicago and San Francisco also cracked the top 10 for the third straight year. However, the Bay Area has lost some traction, falling three spots to No. 7 in 2017.

While sunny Cancun continues to draw warm weather-seeking Americans across the border, London remains the second-most popular international destination for Thanksgiving among U.S. travelers for the third straight year.

Paris and Puerto Vallarta each climbed two spots during 2017, leapfrogging San Juan and Tokyo. The former has fallen out of the top 10 for the first time in years as it continues recovery efforts in the wake of Hurricane Maria. In addition to San Juan, Hong Kong and Sydney dropped from the top 10 this year.

San Jose del Cabo (No. 6) and Aruba (No. 10) remain among the most popular international Thanksgiving destinations among Americans but are joined in the top 10 this year by a pair of other surging tropical paradises: Montego Bay and Nassau.

Rome is the final new international addition for 2017, ranking as the eighth-most popular overseas destination for the upcoming holiday.

Allianz Global Assistance also dug into the numbers to uncover the busiest travel days during Thanksgiving. Most Americans traveling abroad this year will depart November 18 while a majority traveling within the U.S. will begin their trip November 21.

The weekend after Thanksgiving promises to be every bit as busy, with most Americans planning to arrive back home November 25-26.

A recent Airlines for America study found that November 26 will be the busiest day for Thanksgiving air travel, with 2.88 million passengers expected to fly.