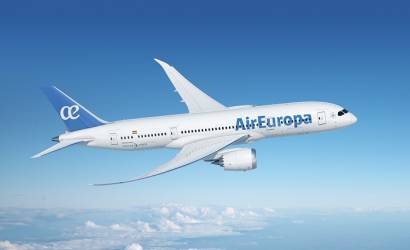 Air Europa to offer flights to Recife, Brazil, from December

Air Europa will be introducing a new service from London Gatwick to the Brazilian city of Recife in December 2017, via Madrid.

The twice-weekly route will start on December 20th – operating on Wednesdays and Fridays – with the addition of a third weekly flight expected in 2018.

As the only airline to offer a direct connection from Madrid to the oldest capital in Brazil, Air Europa will open a new gateway for European business travel and leisure tourism in Brazil.

It’s the third Brazilian destination for the airline, after Salvador de Bahia, which it has served since 2003, and Sao Paulo, since 2013.

To improve connectivity within Brazil, Air Europa maintains a code-sharing agreement with Avianca Brasil, with a codeshare on several weekly domestic flights, which links Recife to other parts of the country.

Air Europa UK managing director, Colin Stewart, commented: “We are thrilled about the launch of this route – particularly as Air Europa will be the first airline to fly from London to Recife via Madrid.

“As our third Brazilian destination, this consolidates our presence in the country.”

Recife, the fourth-largest metropolitan area in Brazil, is known for its rivers, bridges, monuments and rich history.

It is located in the north-eastern state of Pernambuco where highlights include Olinda, famous for its Carnival, and World Heritage site, Fernando de Noronha, an archipelago of islands with picturesque, pristine beaches.

Previous Explosion on London Underground train at Parsons Green
Next What Are the Hottest Thanksgiving Destinations?