Breaking News
Home / World Tourism / Where the world wants to restore the most, revealed by Google Data 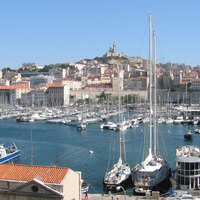 Where the world wants to restore the most, revealed by Google Data

A new study by money.co.uk has revealed where the world is planning on retiring to the most, crowning France as the most sought-after retirement hotspot.

With restrictions starting to lift around the world, the study analysed where the inhabitants of 142 different countries are searching to retire to the most on Google.

Home to a reasonably priced property market, strong healthcare system and warm climate, France proves to be a favourable choice for many retirees looking for a change of scenery in their later years. Taking the top spot with a total of 20 countries that include the likes of Italy, Belgium and Cameroon searching to retire here more than any other country.

However, the other side of the Atlantic also proved popular, with Canada ranking in second, being the most searched retirement relocation destination for 14 countries that include Albania, Taiwan and more. Argentina ranked third, favoured by 11 countries in total, with many already based within South America.

The 10 Most Searched For Retirement Hotspots

Potentially due to the difficulty of being able to actually retire to the United Kingdom or the United States of America, both of these countries were discovered to be less desirable when it comes to finding to the right place to retire. Only America topped the searches for retirees in Nigeria, and the UK failed to rank top for any pensioners worldwide.

Meanwhile, inhabitants of France search the most for retirement options in Portugal, closely followed by Spain. Two countries that aren’t too far from home, but offer year-round sun, and an entirely new culture to sample.

Where People in France Want To Retire The Most