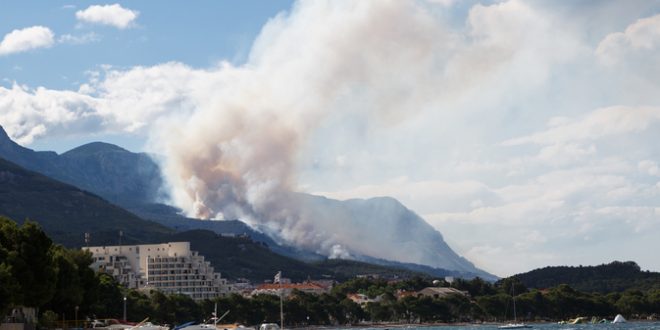 Wildfires rage in Croatia, Montenegro at the height of tourism season

ZAGREB, Croatia — Firefighters in Croatia and Montenegro have been struggling to contain wild fires that have erupted along the Adriatic coast in the two countries at the height of the tourism season.

In Croatia, the blazes have spread over several locations along the coast and on the islands, engulfing pine forests and low shrubbery in extremely dry and windy weather.

Near the coastal town of Sibenik, a fire almost reached houses, but firefighting planes managed to stop the flames from spreading any further. Thick smoke has closed down the main road in the area.

More fires have been reported further north, near the town of Pula, and on the islands of Pag and Vir.

In Montenegro, strong winds hampered efforts to battle several fires along the coast and near the capital, Podgorica.