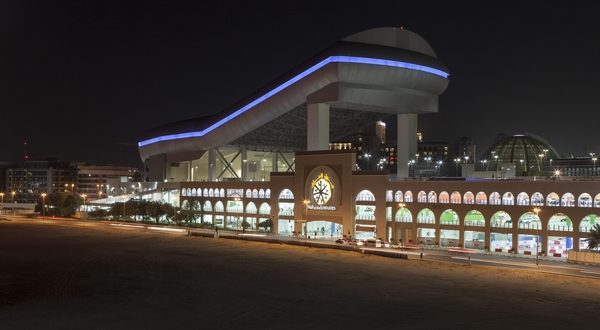 Wintastar Shanghai will span 90,000 square meters or nearly one million square feet. For perspective, that’s more than three times the size of Ski Dubai, which was the world’s largest indoor ski resort when it opened in 2005.

The new ski and snow park in Shanghai will feature three ski slopes of varying gradients, including a slope of Olympic standard for training. There will also be more than two dozen snow play attractions for non-skiers.

The project broke ground last month but an estimated completion date has yet to be announced. KOP Limited will lead the development with Majid Al Futtaim’s Leisure & Entertainment business managing the park.

“We are delighted to work with KOP Limited and provide our expertise in developing what will be one of the greatest indoor snow entertainment facilities in the world,” Majid Al Futtaim’s CEO Ahmed Galal Ismail said in a statement.

“This partnership underscores Majid Al Futtaim’s extensive knowledge and experience in designing, developing and operating indoor snow entertainment facilities that speak to changing customer and lifestyle preferences. We are confident this represents the beginning of an extensive international footprint when it comes to indoor snow entertainment facilities.”

#Wintastar Shanghai, our first expansion into #China, will be the world’s largest indoor ski and snow entertainment facility! It will provide the people of China year-round access to the largest indoor Olympic-grade winter sports facility. #GreatMomentshttps://t.co/uM4iXK3aar pic.twitter.com/PX3b4w3b3H

The project marks Majid Al Futtaim’s entry into China and first development outside of the Middle East and North Africa. The company launched the first indoor ski resort in Africa with Ski Egypt last year and is currently developing ski and snow parks in Saudi Arabia and Oman.

Meanwhile, Ski Dubai was named the “World’s Best Indoor Ski Resort” for consecutive years in 2016 and 2017 by the World Ski Awards, attracting a million of guests annually.

Previous Is Malta the new Mediterranean hotspot for North American tourists?
Next New research reveals the UK’s most adventurous cities and regions