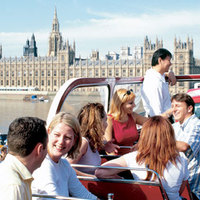 ST. LOUIS – Traveling to a new city and struggling to experience all the “must-do” activities while you’re there? According to new research from Enterprise Rent-A-Car, you’re not alone. Enterprise’s “Instant Insider” survey reveals that more than eight out of 10 travelers cite “fitting everything in when your trip is too short” as one of their biggest travel-related challenges.

The survey also reveals that nearly two out of three (64%) say that when they have a limited amount of time in a new place they don’t always know where to go, and 61 percent feel “pressured” to fit everything in. What’s more, 78 percent of travelers say that when visiting a new city they want “to do the things the locals do.” But, when pressed for time, 67 percent prioritize visiting tourist sites over local hot spots.

“Today, individuals are arguably more pressed for time than ever before, and that impacts most every phase of our lives, including travel. When you have limited time in a new city, how can you ensure you’re doing and experiencing the right things? And who can you turn to for the best advice? These are key questions we wanted to explore in an effort to help travelers everywhere,” said Steve Short, vice president at Enterprise. “Balance definitely appears to be key. Of course, many will want to visit major tourist attractions in new places. However, 72 percent of our survey respondents say that it’s important to go where the locals go. And 93 percent advise leaving time to enjoy the things you discover, versus just the things planned in advance. A good mix of both planned and free time appears to be a winning combination.”

While planning may be key before most getaways, surprisingly, less than half of survey respondents say they create an itinerary. The majority of travelers prepare for their trips by “checking the local weather forecast” (77%) and “checking the internet for recommendations on things to do” (68%). In addition, where people go for travel advice varies based on the timing of their trip. Before a trip, the majority of travelers (60%) seek the counsel of friends and family members, as well as internet review websites (58%). After arrival, hotel staff (53%) are most sought after for advice.

To help travelers navigate some of the nation’s most popular cities, Enterprise has partnered with two well-known influencers who live in those cities and can share their local insider tips. The influencers are country music star Brett Young, originally from Orange County, California, and now residing in Nashville, as well as freestyle hip-hop dancer, entertainer and actor Stephen “tWitch” Boss, who lives in Los Angeles. Brett’s and tWitch’s insider advice about their cities will be posted on the Enterprise Facebook page as well as their own social channels. Additionally, more insider information about other popular travel destinations can be found at www.enterprise.com/pursuits.

Other noteworthy findings from Enterprise’s “Instant Insider” survey include:

Frequency of Leisure Travel
Nearly two out of three (63%) say they travel for leisure several times a year.’

Going Solo? Not so much
When asked how best to describe their travel style, only 12 percent indicated they are “solo travelers.” Rather, 23 percent describe themselves as “family travelers” and 28 percent say they’re “romantic travelers.”

Blending in With the Locals
Fifty-six percent of travelers indicated that they like to go to “touristy”
places, but don’t want to look like a tourist.