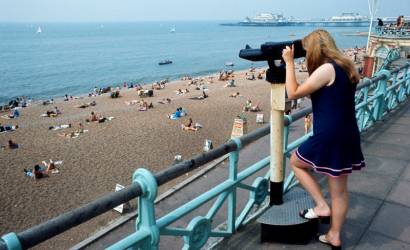 The contribution to the UK economy from outbound travel has increased by a third since 2014, reveals ABTA.

This is the gross value added of the travel industry, which takes account of direct spend on travel services and holidays, as well as a range of associated products and services such as duty free, cameras and sun tan lotion.

The report lays to rest the argument that outbound travel doesn’t contribute to the UK economy.

The analysis finds travellers now spend more in the UK before they travel than they do while abroad.

This is the third report from ABTA of this nature and not only demonstrates the significant contribution the sector makes to the UK, but also highlights its strength, resilience and ability to grow amidst global challenges and uncertainty.

The direct economic impact of travel – the revenue generated from specific travel services, such as flights, and package holidays – is £15.9 billion and 0.8 per cent of GDP.

The travel industry is a big employer within the UK, directly employing 221,000 jobs and supporting a further 526,000 jobs in the wider economy including retail staff and manufacturers.

The report also says that for the industry to strengthen its position as a driver for economic growth and significant supporter of UK jobs, government needs to truly recognise the contribution the industry makes and look to support it with the right policy and tax frameworks.

Mark Tanzer, chief executive of ABTA, said: “Too often the contribution of the UK outbound travel industry is overlooked in favour of a myth that overseas travel creates a ‘tourism deficit’ with money going overseas which could be spent in the UK.

“The evidence is clear that this is not the case – the benefits of the outbound sector are being felt by the wider economy in terms of jobs, support for other businesses and tax contributions to the Treasury.

“In order to continue to grow and thrive, government needs to make sure the right tax and policy framework is in place.”