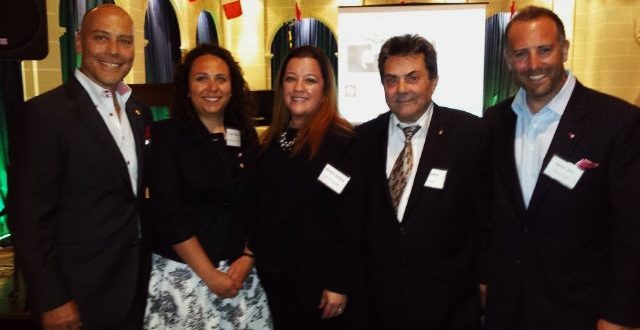 Agents learn there’s much more to Malta than just sea

Held on June 21 at the Malta Band Club in Mississauga, the event was hosted by Michelle Buttigieg, MTA Representative USA, and Jason Allan and Damon Allan, Managing Director and Chief Travel Designer of Exclusively Malta, respectively.

This was MTA’s first travel industry event in Canada since the Malta Tourism Authority reopened an office in the U.S. in March 2014.

“We were pleased to see such a large turnout of travel agents who were so enthusiastic and eager to learn more about Destination Malta.

We have seen tourism from the Canadian market grow rapidly in recent years, and MTA was pleased to support this initiative of Exclusively Malta.

We congratulate their efforts to educate travel agents about the diversity of the Malta product and how to sell the destination,” said Buttigieg.

According to Jason Allan, over the past few years, North Americans have become increasingly aware of Malta due to several factors.

“One is the pro-active Malta Tourism Authority (MTA) presence in the U.S. and the fact that it has generated positive press including Malta being #3 on the prestigious ‘New York Times’ travel section’s 52 places to go in 2016,” he said. “Another factor, of course, is that with Malta’s 7,000 years of history and culture, there is something of interest for all visitors.

Another factor is the significant expansion of Malta’s luxury product, which has attracted a growing interest and demand from the luxury travel sector.”