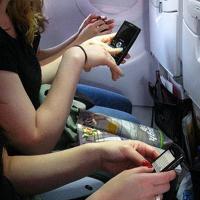 With the summer holiday season in full swing, Agoda, one of the fastest growing online travel agents (OTA), has been asking travelers what they think are the most annoying travel habits.

Noisy travelers (57%), travelers glued to their devices (47%), and those insensitive to cultural nuances (46%) topped the most annoying habits of fellow travelers according to Agoda’s global ‘Annoying Travel Habits’ survey. Mass tour groups and selfie-takers, cited by 36% and 21% respectively, completed the top five irritants.

Chinese travelers seemingly have the highest tolerance for selfie-takers, with only 12% of Chinese respondents irritated by selfie-takers compared to Australians who are on the other end of the tolerance spectrum with nearly a third (31%) citing holiday selfie-takers as annoying.

Insensitivity to local culture nuances is more than twice as irritating for Singaporeans, (63%) Filipinos (61%) and Malaysians (60%) as it is for Chinese (21%) and Thai (27%) Travelers. About half of British (54%) and two-fifths of American travelers (41%) are intolerant of this habit.

Mobile device addiction
Almost half (47%) of the global respondents cited travelers spending too much time on their mobile devices as a grievance. Compared to travelers from other countries, the Vietnamese find those glued to their devices the most annoying (59%). Thai travelers, on the other hand, have the most relaxed attitude (31%) towards constant device usage on holiday.

Perhaps unsurprisingly, solo travelers spend nearly two hours a day on their devices when on holiday (117 minutes) – which is 15% more time than when they are traveling with friends (100 minutes) and 26% more time than if they are with family (86 minutes). Americans are the only exception to this trend and on average spend less time on their devices when traveling solo (62 minutes) than when they are with family (66 minutes) or friends (86 minutes).

Britons are the most engaged travelers when travelling together, limiting their screen time to just over an hour (63 minutes) a day; comparatively Thai travelers spend more than two hours a day (125 minutes) on the phone when they travel with friends or family.

To encourage travelers to pay attention and really experience new destinations without their faces in their screens, Agoda has launched a ‘Selfie Fail’ campaign comprising of cheeky listicles and a video montage highlighting the pitfalls of smartphone dependence. Styled in the format of ‘epic fail’ videos, Australian comedian Ozzyman narrates footage of real travelers getting into silly accidents and situations as a result of paying more attention to their devices than to their surroundings.

Australia
Noisy travelers (56%), insensitivity to cultural nuances (54%) and overuse of devices (52%) are the most annoying habits for Australian travelers
Women (25%) are less offended by selfie-takers than men (37%)
Australians spend over an hour a day on their devices while traveling with family (68 minutes) and friends (80 minutes); they spend over an hour and a half (90 minutes) when traveling solo