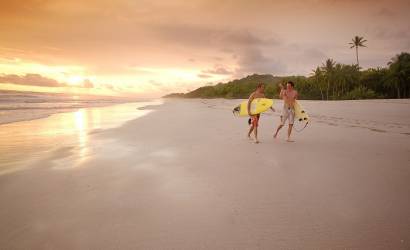 Costa Rica is preparing to host a new edition of the prestigious International Conference on Sustainable Tourism: Planet, People, and Peace.

The forum, which will be attended by secretary general of the World Tourism Organisation Taleb Rifai, further strengthens Costa Rica’s position as a benchmark in integrated sustainable tourism in the world.

The goal of the three-day event is to exchange knowledge and experiences and to generate innovative projects that make a commitment to sustainability, both individually and socially.

This year’s forum falls in the International Year of Sustainable Tourism for Development.

Luis Guillermo Solís, president of Costa Rica, was named special ambassador to the UNWTO as recognition of the country’s pioneering work in sustainable tourism.

Sustainability is also a key element for the Costa Rica Tourism Board, whose Model of Sustainable Tourism Development has achieved global recognition.

Almost all Costa Rica’s electricity is currently being produced from renewable sources.

Furthermore, the Central American country, which boasts five per cent of the world’s biodiversity, aims to become the world’s first carbon neutral country by 2021.

Mauricio Ventura, Costa Rica minister of tourism, said: “The P3 Conference is a key event for us to show the world the Model of Sustainable Tourism Development that Costa Rica has been promoting for over three decades.

“It is also a true honour to have Taleb Rifai, the best representative of tourism in the world, with us.

“We are all looking forward to welcoming him to Costa Rica.”

The P3 Conference will be held at the Real Intercontinental Hotel and is organised by the Costa Rica Tourism Board and the Costa Rican Chamber of Ecotourism and Sustainable Tourism.

The past five editions brought together over 1,100 participants and more than 100 experts from all over the globe.

Previous TSA Study: Do Americans Think Racial Profiling at the Airport is acceptable?
Next WeSki launches to UK holidaymakers