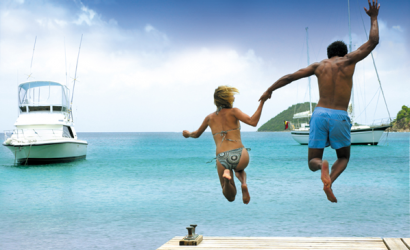 For a small island, Antigua has a strong cricketing heritage, with a history of hosting some of the sport’s most legendary matches as well as being the home island of some of the biggest names in cricket.

For 2018, Antigua is introducing its first annual Super50 Cricket Festival from the end of January through to mid-March, with six weeks of cricket matches and cricketing buzz on the island.

During this time there will be the England Lions tour from February 26th-March 11th involving three four-day and three one-day matches, with the Lions visiting for the first time since 2011.

The regional Super50 Cup will take place from January 30th-February 24th with both the USA and Kent teams playing.

The importance of cricket to Antigua can only be grasped with a visit to the island.

Matches are played every day whether its beach cricket or official matches in the Sir Vivian Richards Stadium.

The island residents are fiercely patriotic about the sport and the players Antigua has produced, some of the best in the world; Sir Andy Roberts, Sir Curtly Ambrose and arguably the greatest cricketer of all time, Sir Viv Richards.

The Master Blaster led a West Indian team that dominated world cricket and he is deservedly adulated on his home island today.

Tickets are available from the ticket booth at the Antigua Recreation Grounds.