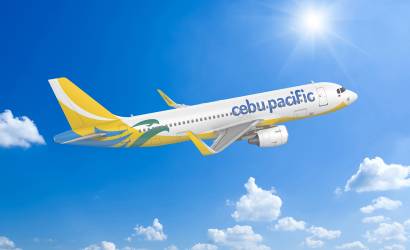 “We share the excitement of the Filipino community in Melbourne and Australian travellers who want to experience the Philippines.

“The launch of our service between Melbourne and Manila will give travellers from Australia seamless connections to other destinations in the Philippines at year-round low fares.

“This will enable Filipinos living in the Melbourne area to visit their families more often, and encourage more Australian tourists to spend their holidays in the Philippines,” said Candice Iyog, vice president for marketing and distribution, Cebu Pacific.

“More importantly, we hope to strengthen trade between the Philippines and Australia through more cargo capacity on direct flights that are more affordable.

“This will benefit importers and exporters, as well as retailers bringing products in both countries.”

This is Cebu Pacific’s second destination in Australia following the launch of its direct Manila-Sydney route in 2014.

Since its entry, tourist arrivals from the Philippines has become one of the fastest-growing source markets for Australia, with an average 16 per cent increase over the past four years.

Prior to the entry of Cebu Pacific, tourist arrivals from the Philippines was at about 70,000.

“The opening of the Manila-Melbourne route is a testament to growing trade and people-to-people links.

“Melbourne is a great city to explore and increased flights will also bring more Australian tourists to the Philippines.

“This will also be welcome news to a quarter of a million Filipinos who now call Australia home, and the more than 10,000 students who travel there each year,” said Amanda Gorely, ambassador of Australia to the Philippines.