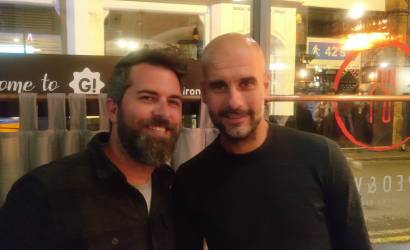 Representatives from the Spanish holiday hotspot of Costa Brava and the Girona Pyrenees were in Manchester earlier to reveal their ambitious plans for the upcoming summer season.

The event – hosted at the Tapeo & Wine Restaurant, owned by the family of Manchester United midfielder Juan Mata – celebrated gastronomic delights from the Catalan region.

At the same time, guests were invited to enjoy a showcase of some of the finest features of this beautiful area, situated on the north Eastern extremity of the Iberian Peninsula.

Officials from the Costa Brava Tourist Board were keen to highlight the diverse and breath-taking features of region, which stretches from the Pyrenees Mountains to the northern Mediterranean Sea.

The Costa Brava boasts more than 200 kilometres of beaches, famed for their environmental quality, while the Girona Pyerenees has five top-quality ski resorts.

The pairing makes the region an all year-round retreat, where visitors can explore its sea, mountains and nature.

In attendance were member of the board of Girona FC, including club president, Delfí Geli, and chief executive, Ignacio Mas-Bagà.

The latter is led by Pere Guardiola, the brother of Manchester City manager Pep Guardiola, who were both also in attendance as very special guests.

Girona FC has experienced a meteoric rise in recent years, being promoted to La Liga last season, and are currently sitting in eighth place in the top division in Spain.

Pep Guardiola said: “I encourage you, to convince you, this area of Catalunya [Costa Brava and Girona Pyrenees] is the most beautiful by far.

“You will find absolutely everything, I’m pretty sure, with excellent food!”

They were joined by leading members of the international travel trade who provided a first-class training event for UK travel agents, expertly arranged and organised by Hill Balfour, the UK travel public relations agency.