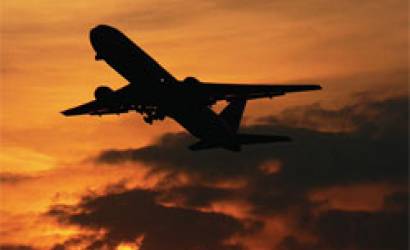 The UK government has said it will introduce new rules to fix the legal costs that can be claimed in package holiday sickness claims.

The move is designed to close a loophole which the travel industry believes has helped fuel a rising number of claims.

This claims epidemic, the industry fears, is raising the prospect of higher travel costs for British tourists.

This is despite the fact that travel industry data on the global trend for reported incidence of illness in resorts has actually declined in recent years.

The rules will come into effect in the coming weeks – ensuring the curbs will be in place before the next summer holiday season.

Up to now, legal costs in overseas package travel claims have not been controlled, which has meant costs for tour operators can spiral out of all proportion to the damages claimed.

This has led many operators to settle holiday sickness claims out of court, rather than challenge them.

Industry experts believe this has been a major factor in a rise in claims which has sparked concerns that Britain’s reputation overseas is being damaged and that British tourists will face higher package holiday prices.

Justice minister Rory Stewart said: “Claiming compensation for being sick on holiday, when you haven’t been, is fraud.

“This damages the travel industry and risks driving up costs for holidaymakers.

“This behaviour also tarnishes the reputation of British people abroad.

“That is why we are introducing measures to crack down on those who engage in this dishonest practice.”

To help tackle this, ministers asked the Civil Procedure Rule Committee, which is responsible for setting rules on legal costs, to look at bringing package holiday claims within the fixed recoverable costs regime.

This would mean tour operators would pay prescribed costs depending on the value of the claim and length of proceedings, making defence costs predictable and assisting tour operators to challenge bogus claims.

The committee has now agreed to this rule change – the rules will be updated on Monday and will come into effect shortly.

Other reforms include the forthcoming ban on cold calling and tougher regulation of claims management companies.

“Since 2013 legal fees for personal injury claims which occurred in the UK have been capped, which is why in partnership with claims management companies, firms of solicitors have been targeting customers who have taken an overseas all-inclusive package holiday.

“We are pleased that the ministry of justice has responded to the concerns and evidence raised by ABTA and our members, by taking firm action on this issue.

“Closing the legal loophole before the summer should lead to a reduction in the number of false claims.

“We encourage the government to keep this matter under review and continue to pursue a ban on cold calling by claims management companies in relation to sickness claims.”

Since October 2017, four couples were either sentenced or ordered to pay significant legal costs by the court after making false package holiday sickness claims.