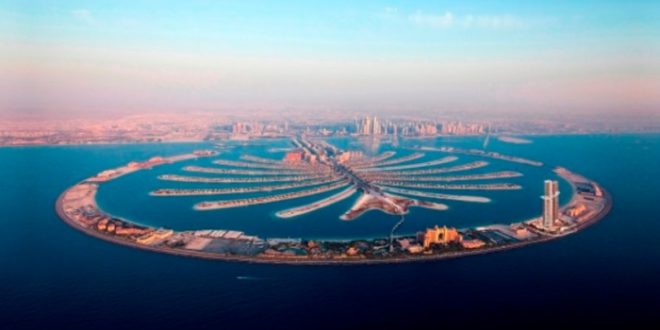 That is according to the latest data released by the Department of Tourism & Commerce Marketing in Dubai.

Steadily picking up from a stable 2018 performance, Dubai’s tourism sector saw optimistic indicators from its top volume generators and its emerging growth drivers, setting the pace for 2019 both in terms of visitation numbers and GDP contribution.

In key highlights, India started strong, holding on to its position as Dubai’s largest source market, while the kingdom of Saudi Arabia and the UK maintained their second and third positions respectively, as the city continued to refresh its proposition and sustain its dynamic appeal to these traditional bases.

The first quarter of the year also saw results with leisure-related experiential offerings expanding to include Bluewaters Island, located off the coast of Jumeirah Beach Residence, with the upcoming Ain Dubai – the world’s largest observation wheel – set to become the centrepiece of the island’s various retail, residential, hospitality and entertainment zones.

Between January to March 2019, further strides were made to expand Dubai’s hospitality offering to match the evolving needs of visitors, with the openings of new hotels including the W Dubai – the Palm and Mandarin Oriental Jumeirah.

Average occupancy for the hotel sector stood at 84 per cent, underscoring the industry’s stability despite the rising inventory supply, with establishments delivering a combined 8.63 million occupied room nights during the first three months of the year.

Spread across a total of 717 establishments, Dubai’s hotel room inventory stood at 118,039 at the end of March 2019, up eight per cent compared to the same period last year.

Helal Saeed Almarri, director general, Dubai Tourism, commented: “Tourism as a sector continues to be one of the most interconnected, and consequently highly diversified pillars of Dubai’s GDP, making our economic contribution imperative for collective growth.

“Our Vision 2022-25, as set out by sheikh Mohammed Bin Rashid Al Maktoum, ruler of Dubai, is backed by several targeted strategic programmes for delivery by 2020-22, of which over 70 per cent are well under-way already.

“We recognise the need for accelerated delivery to ensure that Dubai becomes the number one most visited, preferred and revisited global city for both leisure and business travellers.”