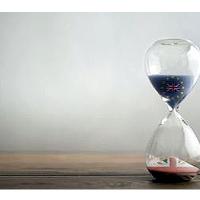 ERA urges for action in light of continued Brexit uncertainty

ERA (European Regions Airline Association) continues to call for a wide-reaching reciprocal aviation agreement between the EU and the UK to prevent further serious harm to European connectivity.

ERA has urged the European Commission and UK Department of Transport to finalise the forthcoming aviation plans for Brexit as a matter of urgency.

Following the recent collapse of ERA member flybmi, ERA has written to the European Commission and UK Department of Transport urging them to act now. The challenges caused by Brexit are unsurmountable and as this shows, airlines have not had time to prepare, plan and react.

Montserrat Barriga, ERA Director General, previously wrote to the European Commission on 29 November calling for urgent action in advance of the UK leaving the European Union and has once again written to persuade them to take immediate action.

The disastrous consequences for the aviation industry, both in the UK and the rest of Europe, will be significant and ERA believes this current airline failure is only the beginning if we do not resolve the uncertainty surrounding the Brexit agreement.

Barriga said: “I was deeply saddened to learn that ERA member British Midland Regional Limited, which operated as flybmi, had filed for administration on 16 February. Rising fuel and carbon costs coupled with the uncertainty, unfairness and challenges surrounding Brexit has led to the airline ceasing all operations.

“I will once again be in direct contact with the European Commission and the UK Department of Transport, as a matter of urgency, to persuade them to act immediately. It is imperative that they put in place a comprehensive agreement for aviation that mirrors the current situation with the UK as the highest priority, and that they reach a solution that will allow airlines to continue operating as they do today, enabling Europeans to continue benefiting from affordable and stress-free travel. This is a sad day for European aviation and a clear example of the impact of a too long uncertainty surrounding Brexit.”

Previous Caribbean tourism looks forward with cautious optimism to year ahead
Next Cuba: What’s Changed and What’s Coming for 2019