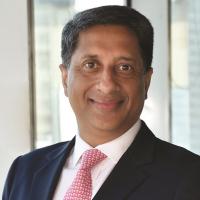 As thousands of people fly out on summer getaways during the long school break, VFS Global witnessed a surge in visa applications from GCC travellers to many European destinations, including comparatively newer destinations, apart from the traditional circuits.

Between January and June 2018, VFS Global recorded approximately over 1.10 million visa applications from within the region to Europe, which compared to the corresponding period in 2017 was up by over 20 per cent.

Mr. Vinay Malhotra, Regional Group COO for Middle East, South Asia & China, VFS Global said: “We have noticed an increase in the visa applications to Europe, including to non-traditional tourist destinations indicating an expansion of the leisure travel as well as the geographic spread within Europe. Maximum travel is during the summer – generally, we see a spike post Ramadan/Eid. The number of tourists visiting a particular country or region is dependent on several factors including the longevity of the visa and its cost, political conditions within that region, and their potential impact, and any main attractions or special events being hosted with in that country.”

Leisure travel to various cities in Europe is also dependent on the ideal combination of comfortable temperatures and great cultural experiences these destinations offer. Significantly, some of the leisure destinations like Croatia, Latvia, Ukraine and Hungary too saw a spike in visa applications in the first half of 2018 compared to the corresponding period last year.

As an advisory to the travelling community, VFS Global reminded travellers to keep track of the passport validity as most countries only accept passports that are valid for six months and beyond the date of return travel. Visitors are also encouraged to apply for visas much in advance of the peak-season to avoid potential delays due to large demand in outbound travel. Processing time at embassies may also sometimes take longer than expected during the peak holiday season.

Previous Farewell old friend: As the curtains close on our old website, we applaud the debut of our new Industry Hub
Next Record-Breaking Month for Panama City Beach Tourism