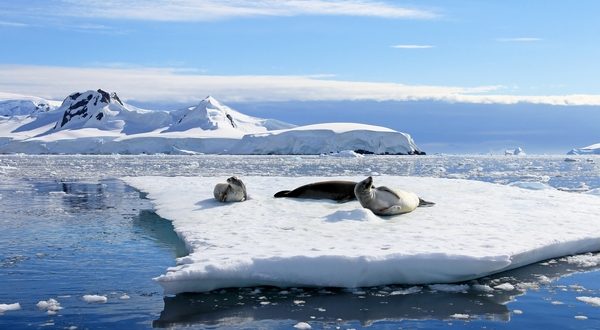 A 33-year-old is trying to do something no other human has accomplished – cross Antarctica alone.

Colin O’Brady is planning to travel 1,000 miles across Antarctica without any resupply support or company along the way. If he completes the journey, he’d be the first to do so, for many have tried and either given up or died.

“This is something that no one in history has ever accomplished, and people have been trying for 100 years,” O’Brady told Business Insider.

His trek is expected to take 70 days and he’ll be weighed down with 220 pounds of food, gear like a GPS tracker, cameras, phones, and solar chargers, and warm clothes in 400-pound bags on a sled.

In addition to physical preparation, O’Brady also trained his mind for a lack of human interaction during this experience.

“There’s not very many extra hours in the day or extra energy, so I won’t probably spend a lot of time sitting in my tent meditating in a traditional sense,” he said. “But in a lot of ways, I think this will be a walking meditation.”

Despite the thrill of possibly being the first human to cross Antarctica, O’Brady understands that this is a dangerous task.

“The risks are very real, and I’m aware of that, and I’ve prepared myself accordingly. Not to die, but, to make the best and most safe decisions as I possibly can out there,” O’Brady said.

O’Brady attempted to start his journey on November 1, but due to poor weather conditions, he couldn’t be dropped off until a few days later. The first day of his trek officially began on November 3. You can follow his journey on Instagram.