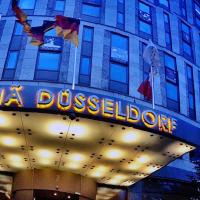 Year-over-year profit per room increased by 3.7 percent year-over to 96.80 euros, which was second only to the peak recorded at hotels across the region in June at 105.07 euros, and was almost 44 percent above the figure for year-to-date 2018 at 67.34 euros.

The YOY increase in profit per room was driven by growth across all revenue centres, including Rooms (up 3.3 percent), Food & Beverage (up 0.6 percent) and Conference & Banqueting (up 1.6 percent), on a per-available-room basis, which contributed to the 2.5-percent uplift in TRevPAR to 220.98 euros.

September also marked a return to more robust levels of non-rooms revenue performance, illustrated by the contribution from the Food & Beverage department, which was recorded at 60.46 euros per available room this month, compared to just 44.05 euros last month.

The positive performance this month was slightly marred by a 0.1-percentage-point increase in Payroll costs, which grew to 28.2 percent of total revenue.

However, GOPPAR growth continues unabated at hotels in Europe and has now increased by 10.4 percent in the nine months to September 2018, against the same period in 2017, with profit conversion this month recorded at a strong 43.8 percent of total revenue.

“Profit performance at hotels in Europe typically peaks in the months of June and September, which is when there is an overlap in the major commercial and leisure demand segments, which supercharge performance for hotels across the region,” said Michael Grove, Director of Intelligence and Customer Solutions, EMEA, at HotStats. “Hoteliers in Europe will now be keen to maintain profit performance into Q4 2018 and record yet another year of bumper GOPPAR growth.”

Top-line growth for hotels in Europe in September was led by a 4.2-percent increase in achieved average room rate, which grew to 185.43 euros and offset the 0.7-percentage-point decline in room occupancy to 82.1 percent.

One of the top performing markets in Europe this month was Athens, where profit per room increased by 8.2 percent year-on-year to 136.46 euros.

The uplift in GOPPAR was led by growth in the Rooms department, which increased by 6.1 percent YOY to 203.79 euros and was fuelled by a 10.6-percent increase in achieved average room rate to 229.33 euros. This offset the 3.7-percentage-point decline in room occupancy to 88.9 percent, although this was a high for 2018.

Top-line growth this month was primarily driven by the commercial segment, as the Greek capital continues to recover its position in the European business market, and included YOY increases in achieved rate in both the corporate (up 6.2 percent) and residential conference (up 4.2 percent) segments.

As a result of growth across all departments, TRevPAR at hotels in the city increased by 5.3 percent in September to 295.21 euros.

The growth in revenue was supported by cost savings, which included a 0.6-percentage-point reduction in payroll to 36.6 percent. As a result of the punchy top-line performance and reduction in costs, profit conversion at hotels in Athens was recorded at 46.2 percent of total revenue.

“Hoteliers in Athens have undoubtedly been through a rough time over the last decade due to the challenges in the Greek economy and only exited their most recent recessionary period in mid-2017,” said Grove. “However, the rate recorded in the corporate segment has increased by more than €30 over the last 18 months, suggesting that the market is back on an upward trend.”

In line with the performance of hotels in Athens, properties in Berlin also performed well in September, recording an 18.4-percent increase in profit per room to hit €107.89.

This was the highest GOPPAR recorded at hotels in the German capital in 2018 and was 106 percent above the year-to-date figure at 52.44 euros.

September signalled yet another month of year-on-year profit decline for hotels in the region as the growth recorded in August’s positive month of performance was wiped away. At $37.82 for the month, GOPPAR was only just above the annual low of $35.80 recorded in June.

The drop in profit was led by declines across all revenue centres, including Rooms (down 15.4 percent), Food & Beverage (down 10.7 percent), Conference & Banqueting (down 6.3 percent) and Leisure (down 14.6 percent), on a per available room basis. This mix contributed to a 13-percent decrease in TRevPAR for the month to $159.66.

RevPAR declines were a result of a drop in both room occupancy, which fell by 1.9-percentage points to 64.4 percent, coupled with a 12.8-percent decline in achieved average room rate, which fell to $137.74. This was the lowest average room rate recorded in the region in 2018.

As a result of the swings in revenue and cost, profit conversion at hotels in the Middle East & North Africa was recorded at 23.7 percent of total revenue in September, well below the margin for year-to-date 2018 at 34.7 percent.

“The month of September is illustrative of the challenges hoteliers in the MENA market have faced in recent years, with profit per room recorded at $37.82 this month, which is half of the GOPPAR recorded in the same period in 2015,” said Michael Grove. “Whilst the year-on-year decline this month may be, in part, due to the high recorded this time last year, as the Eid al-Adha celebrations crept into September, the longer term trend of decline in profit will be more of a worry for hotel owners and operators in the region.”

In contrast to the decline across all KPIs at hotels in the region, properties in Riyadh successfully recorded an 18.5 percent year-on-year increase in GOPPAR this month to $58.07, which was driven by demand associated with a number of major conferences in the Saudi capital.

The growth in profit at hotels in Riyadh was led by a 10.7-percent increase in rooms revenue per available room to $101.09, which was due to an 11.1-percentage-point increase in room occupancy to 59.6 percent, which offset the 9.9-percent decline in achieved average room rate to $169.71.

The growth in rooms revenue also successfully compensated for the decline across all non-rooms departments, including Food & Beverage (down 3.7 percent) and Conference & Banqueting (down 17.7 percent), on a per available room basis.

As a result of the movement across all revenue centres, TRevPAR at hotels in Riyadh increased by 5.1 percent year-on-year to $162.45. And whilst this was almost $60 above TRevPAR recorded in the Saudi capital in August, it remained 11.8 percent below the year-to-date figure at $184.11.

The growth in TRevPAR at hotels in Riyadh was further buoyed by a year-on-year drop in payroll, which fell by 0.7 percentage points, to 33.5 percent of total revenue.

Primarily due to the growth in room occupancy this month, profit margin at hotels in Riyadh was recorded at a healthy 35.7 percent of total revenue, which is only just behind the conversion of 37.6 percent recorded at hotels in the city in the nine months to September 2018.

However, growth in profit at hotels in Riyadh was against a worrying backdrop of declining room rates, which included a decrease in rate in the corporate (down 12.4 percent), individual leisure (down 52.8 percent) and group leisure (down 42.5 percent) segments.

In line with the decline in the wider region, the timing of Eid al-Adha this year meant that year-on-year profit plummeted at hotels in Medina in September, following a strong month of GOPPAR growth in August.

In addition to recording a 40-percent year-on-year decline in September to $107.35, RevPAR at hotels in Medina this month was almost $128 below August, when the city benefited from celebrations associated with the holy festival.

In addition to the drop in rooms revenue, hotels in Medina recorded a decline across all other revenue centres in September, which contributed to the 35.7-percent year-on-year decrease in TRevPAR to $183.72.

As a result of the movement in revenue and cost, profit per room at hotels in Medina fell by 54 percent year-on-year to $80.74. Whilst this was 15.3 percent below GOPPAR recorded at hotels in the Saudi city in the nine months to September 2018, it was also $190.90 below the profit per room in August.

“The revenue and profit performance at hotels in Medina did not read well this month; however, owners and operators will not be too dismayed following the outstanding performance last month,” said Grove.