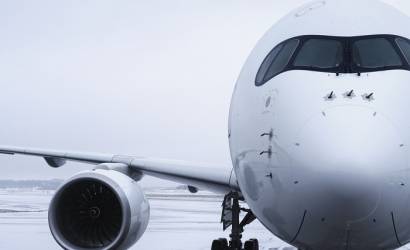 British ski lovers can enjoy a piste of the action in the Far East when Finnair starts twice weekly flights to the stunning Japanese ski resort of Sapporo.

The new winter route for 2019 is the Finnish flag carrier’s fifth destination in Japan, in addition to Tokyo Narita, Osaka, Nagoya and Fukuoka.

The carrier also becomes the only European carrier to operate services to Sapporo.

Sapporo is well known as a great winter and skiing destination offering stunning landscapes and fantastic winter-themed activities in a traditional Japanese setting.

Christian Lesjak, Finnair senior vice president, network and resource management, said: “Japan is a key market for us, and we are excited about adding Sapporo to our network.

“With the new route, Finnair is the only European airline to fly a scheduled route to Sapporo.

“With five key Japanese cities in our network, we are now the largest European carrier flying to Japan.”

The new route is part of Finnair’s ambitious growth strategy, which will offer two flights a week from London via Helsinki from December 15th this year until March 2020.

It also means customers benefit from extra flights to Tokyo and Hong Kong.

Finnair is adding two weekly frequencies on its Tokyo Narita route for the winter, flying a total of nine times a week.

Finnair operates daily flights between Heathrow, Manchester and Edinburgh to Helsinki with smooth onward connections to scores of flights around Asia and the world.