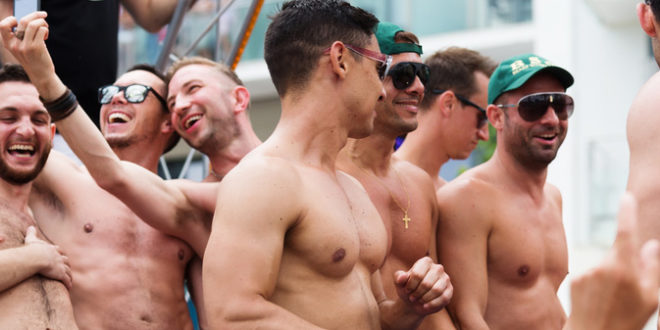 GRAN CANARIA, CANARY ISLANDS — Gran Canaria in Spain’s Canary Islands is considered one of the most gay-friendly places in the world, but it seems that one recent visitor failed to read the memo.

According to the Gay Times, a traveller known as ‘MooSmith21’ posted a review on TripAdvisor to alert others of the destination’s plethora of gay-friendly attractions.

The review states: “I’m not homophobic however there was a definite feeling of them and us and the gay couple[s] outnumbered the straight couples by two to one at least. Because of this we never spent too much time at the hotel or relaxing around the pool as I felt very uncomfortable.”

The reviewer also wrote about how a fellow guest, who he hadn’t spoken to, sent him a drink to his room. He commented that it was “a bit perverted.”

Trip advisor review from someone who apparently isn’t homophobic about the hotel Neil and I are staying at Gran Canaria pic.twitter.com/V3dS951oAm

Despite his discomfort, the reviewer still gave the hotel four stars out of five, with the food being the highlight. The location of the hotel was also applauded, however the surrounding “gay bars, gay hotels, [and] gay wrestling shows” left him feeling uncomfortable.

The review ended with: “All in all a great trip but I wouldn’t stay in that resort again if returning.”