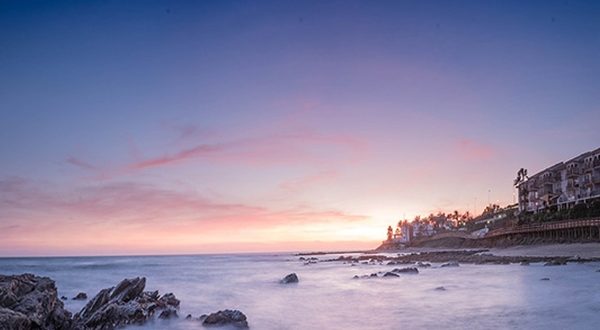 The holidays are right around the corner and people are getting ready to head out on vacation.

Where will they be headed?

American Express Travel has the answer, revealing the top 10 destinations that are heating up around the globe.

This year’s top 10 combine the cultural with the tropical and the chilly.

Perched on Spain’s southern coast, Malaga woos visitors with stunning Roman and Baroque architecture, famous Christmas lights and Mediterranean cuisine and a temperate climate around the holiday season. The city is an easy choice for a getaway for many Europeans and globetrotters, which explains why the destination is experiencing a surge in flight bookings of 164 percent during the fourth quarter of the year.

The South Korean city of Incheon rings in the holiday season with a blend of Western holiday traditions and local Korean culture. It’s also in the middle of a real estate boom, which is why it’s no surprise that flight bookings in the region have increased 87 percent. Christmas is celebrated all around the metropolitan city, making it a unique place to spend the holiday season.

It’s easy to see why Reno Tahoe is experiencing an above average amount of arrivals. The region was blanketed with snow in November and skiers are seeking out powdery white hills—an early Christmas gift.

Reno is also at the center of Nevada’s craft beer movement and further entices visitors with gastropubs and a budding cafe culture.

Geneva is experiencing a 60 percent increase in bookings. The city is a global center of finance and diplomacy but it’s also home to traditional European Christmas markets and surrounded by snow-capped peaks, making it an ideal urban place to cozy up for the holidays.

Montreal is another city that exudes holiday spirit. It’s also in the midst of celebrating its 375th year. The milestone has likely contributed to a surge in visitation, which is estimated to be about 59 percent greater during the fourth quarter of this year. Many visit at Christmastime for holiday-themed events, Christmas parades and the festive charm of the snow-covered city.

The classic German city of Frankfurt bustles with holiday traffic every year, but this year it has increased by 47 percent, according to American Express analysts. The 2,000-year-old metropolis is home to Gothic buildings, modern skyscrapers and world-famous Christmas markets.

Portland is also one of the top 10 destinations for the Christmas season. The city continues to grow as a holiday destination, helped along by a trendy craft beer movement, a long list of Christmas parades and a Holiday Express Train. No wonder bookings are up 31 percent.

Aruba is getting a boost in holiday traffic this year. Bookings are up around 31 percent after the island was untouched by a series of hurricanes that devastated much of the Caribbean. Driven to its warm climate, sandy beaches and clear waters, travelers have clearly warmed up to Aruba this holiday season.

Buenos Aires is another metropolitan city seeing a boost in holiday travelers this year. The city’s bookings are up 28 percent, likely due to its creative energy, rich architecture and an Argentine Christmas tradition that is a true blend of Europe and South America.

Lima, Peru, is also a hotbed of activity during the holidays. Bookings are up 23 percent as people head south to experience the city’s food scene that blends native Incan traditions, colonial flavors and modern fusion cuisine.

Previous AARP’s Annual Travel Trends survey takes a look ahead at 2018 vacation plans
Next San Franciscans, get your passports ready