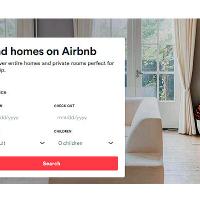 Solo travel is becoming increasingly popular; a survey by a holiday home insurance company has shown that 74% of people have chosen to use Airbnb when travelling alone to avoid extra charges. They have advised on ways to avoid paying over the odds for a trip if you’re a single traveller by booking independent accommodation and being savvy with negotiations.

As the sharing economy grows sites such as Airbnb who defines itself as “a social website that connects people who have space to share with those who are looking for a place to stay”, become a haven for solo travellers. This led to holiday home insurance company, Schofields Insurance, surveying over 1,000 solo travellers aged 18 and above and based in the UK to find out more about their accommodation preferences when travelling alone.

The survey showed that:

Despite the fact that urban legends and horror stories often surround short term rentals, it seems that the number of people choosing accommodation that is managed independently through a site like Airbnb has increased. This is a result of the increase in solo travellers and the facts many are being charged a single supplement to book a room alone in hotels, on cruises, or in larger scale holiday resorts.

A single supplement is a charge that can range from 10 to 100 percent of the standard rate for a person travelling and staying alone. The additional rate is justified by companies as most accommodations in larger scale developments are priced for double occupancy, meaning that they will lose out by charging the same amount per person if only one person takes the room.

Schofields Insurance have given advice for single travellers to help them to avoid paying additional charges for accommodation when exploring:

Use an independent holiday provider
There’s a reason why Airbnb and similar services are becoming more popular. Either contact the hotel directly or get in touch with the host via a service like Airbnb to explain your situation and negotiate. Airbnbs will not usually have a single supplement as they’re not priced on a double occupancy rate, and contacting an independently provider directly will mean you’re likely to get better service.

Book late
If you’re prepared to leave your booking until last minute, there will be rooms that are left unfilled so tour operators and accommodation providers will be more willing to waive the fee to sell a room or trip that otherwise may not be sold.

Travel off season
Don’t pick popular bank holidays or school holidays to travel; choose dates when people are less likely to be booking rooms. When hotels are quieter, they’ll be much more willing to offer a room at a better rate. Early May and June, late September and early October are good times to consider.

Find a roommate
There are a number of services that can match you up with a potential roommate or travel companion. You might also consider making it more of an adventure and staying in hostels or dormitories which have multiple beds per room so you don’t need to find your own roommate.

There are also operators who specialise in singles holidays too. Some of these will match you up with a partner of the same sex, others have arranged deals with certain accommodations to allow single occupancy of single or double rooms at a cheaper rate.

Previous Travel Alberta, Banff & Lake Louise Tourism play host to adventure
Next How to Celebrate the Great Outdoors on Oahu