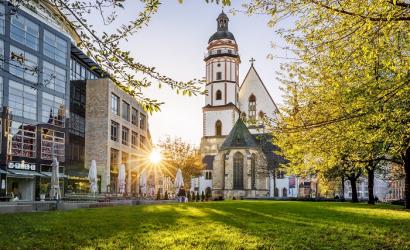 The Leipzig Tourism Board has announced 2018’s record-breaking overnight figures, which represent the second consecutive year in which tourism to the city has surpassed the previous record.

International travel to the city grew year-on-year, with overnight stays by foreign visitors up by 7.1 per cent.

There were 40,764 overnight stays by UK visitors, which represented an 8.3 per cent increase as British visitors became increasingly aware of the destination.

The wider Leipzig Region recorded 5.4 million overnight stays, which represented 21 per cent of all stays in Saxony.

Bremer remarked: “Leipzig is perceived as a cultural and city break destination.

“We plan to build on this positive image by means of creative joint projects, in close collaboration with the German National Tourist Board, and through a proactive press and publicity campaign.

“We are therefore expecting further growth in 2019 as well.

“Our next goal will be to reach 3.5 million overnight stays.”

Among the notable events set to attract added visitors to Leipzig this year are the 30th anniversary of the revolution that led to the fall of the Berlin Wall, the Bauhaus 100 celebration and the 200th Birthday of the region’s famed composer Clara Schumann.