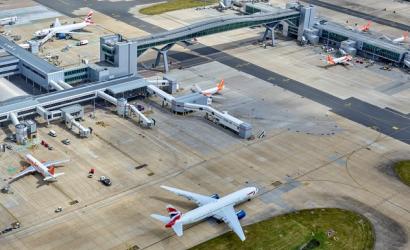 Jazeera Airways will start flying to Kuwait from London Gatwick on October 27th.

The carrier will be utilising a new A320neo aircraft, with daily flights.

This will be the first new service from the UK to Kuwait in 55 years.

In addition to serving Kuwait the flights will provide onward connectivity to Dubai, Bahrain and Doha in the Arabian Gulf and also to New Delhi in India.

Speaking of the milestone launch, Jazeera Airways chairman, Marwan Boodai, said: “Jazeera Airways has been building a great reputation in the Middle East in the low-cost airline sector, offering a strong alternative to the legacy airlines.

“We look forward to serving the UK market, and extending consumer choice to Kuwait and the Gulf, with our value proposition.

“This is a first for a low-cost carrier in the Middle East to fly long-haul, using the A320neo aircraft.”

“It is really encouraging, as we mark the 120th anniversary of the Kuwaiti-British Treaty of Friendship, to see more Kuwaitis visiting Britain and studying at British universities than ever before.”