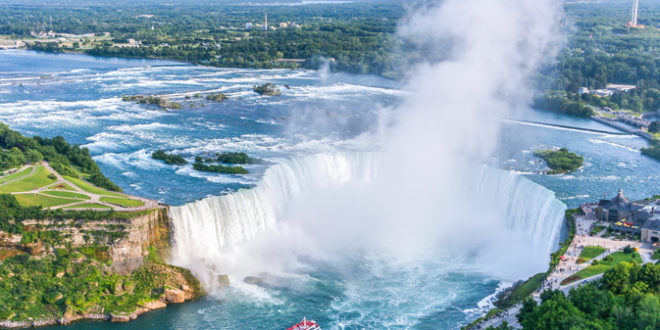 Jet-setters will soon be able to fly from Toronto-Niagara

TORONTO — Niagara has long been a popular day-trip option from Toronto, a mere 90-minute drive without traffic. But those 90 minutes will soon be cut down to 12 thanks to Greater Toronto Airways, which will start offering daily flights between the two cities.

According to CBC News, Greater Toronto Airways has announced plans to operate daily scheduled flights from Toronto’s Billy Bishop Airport to the Niagara District Airport in Niagara-on-the-Lake. Flights will be operated on eight-seater planes and will launch on Sept. 15.

Chris Nowrouzi, CEO of Greater Toronto Airways, says the flight is only 12 minutes long, and that it will cater to morning commuters with an 8:30 a.m. departure time from Niagara and a 4:30 p.m. return flight from Toronto. The company also flies from Toronto to Collingwood and Muskoka, and offers charters and sightseeing services in several locations in Canada and the U.S.

All eyes were on the newest member of Air Canada’s fleet, the Airbus A220-300, at the aircraft’s official debut at Air Canada’s headquarters.