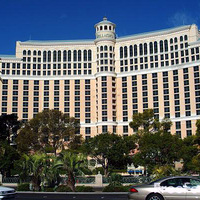 A 5.6% increase in TrevPAR, in addition to cost savings, meant that hotels in Europe recorded a hearty 10.6% year-on-year increase in GOPPAR in July, according to the latest worldwide poll of full-service hotels from HotStats.

The year-on-year growth in average room rate this month is more notable as waning commercial demand means that July is typically a more challenging month in terms of price for hotels in Europe. However, the rate recorded this month was 5.1% above the year-to-date average.

In addition to the year-on-year increase in RevPAR, hotels in Europe recorded an increase in non-rooms revenues, including Food and Beverage (+4.8%) and Conference and Banqueting (+7.2%), which contributed to the 5.6% increase in TrevPAR, to 186.34 euros.

The cost savings, which included a 0.8 percentage point reduction in Payroll to 30.6% of total revenue, crowned a stellar month of top and bottom line growth, with hotels in Europe recording a 10.6% increase in GOPPAR, to 72.26 euros. This is equivalent to a profit conversion of 38.8% of total revenue.

“The figures for July paint a very positive picture of performance for hotels across Europe and add to the strong growth so far in 2017. What is particularly pleasing is that the growth this month was led by a number of hotel markets which have made a return to stronger performance levels after particularly challenging trading conditions in recent years,” said Pablo Alonso, CEO of HotStats.

That said, there is evidence to suggest that the top line bounce back for hotels in Brussels is being driven by an increase in volume, which grew by 17.9 percentage points year-on-year in July, but at the expense of a reduction in rate, which fell by 0.2%, to 120.14 euros.

The need to drive RevPAR through volume was even more imperative this month as activity in the European Parliament slowed for the summer and there was a notable reduction in demand from the high-yielding contracted corporate and residential conference segments, evidenced by the proportion of volume from the commercial segments falling to just 32.5% in July, against a year-to-date average of 44.3%.

July was also a very strong month of performance for hotels in Istanbul. The year-on-year uplift this month primarily represented a return to normality after top and bottom line performance crashed in July 2016 in the midst of the failed coup.

“The growth in the challenged markets this month will provide some welcome respite to owners and operators of properties in those locations. And whilst it is almost a false positive, Istanbul hoteliers will toast the growth as it comes amidst extremely challenging trading conditions, which have been as a result of significant additions to stock, political uncertainty and terrorist activity,” added Pablo.

The realignment in TrevPAR, which increased by 127.5%, in addition to a 34.1-percentage point saving in Payroll to 32.5% of total revenue, meant hotels in Istanbul were able to bring GOPPAR back into the black, up to 33.34 euros from -7.05 euros during the same period in 2016.