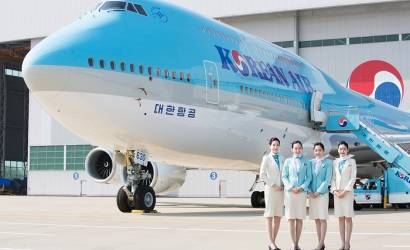 Korean Air will launch new flights to Clark, the Philippines, and Nanjing, China on October 27th.

The new routes will be followed by Zhangjiajie and Hangzhou, both in China, on October 28th.

The flight from Incheon to Clark takes about four hours and ten minutes.

Clark is a resort town on the island of Luzon in the Philippines, which is about two hours by land from Manila, the capital.

The Puning Hot Springs and Subic Beach are well-known tourist destinations, and demand for tourism has been rising steadily recently.

The Incheon-Nanjing route is scheduled to depart Incheon at 10:40 and arrive at Nanjing at 12:10 local time, while the return flight will depart at 13:15 and arrive at Incheon Airport at 16:45.

Nanjing, China, is well-known as the centre of electronics, petrochemical and automobile industries, with many Korean companies operating there, while Zhangjiajie is a leading tourist destination in China, which has been listed as a UNESCO World Natural Heritage site due to its excellent natural scenery.

Hangzhou is famous for its artificial lake, West Lake, and is also known as the centre of China’s IT industry, as it is home to the headquarters of Alibaba, an e-commerce company.

In addition to the new services, Korean Air is also endeavouring to achieve route competitiveness and enhance profitability by expanding its capacity on south-east Asia, China and Oceania routes, following the falling demand and capacity on Japanese routes.