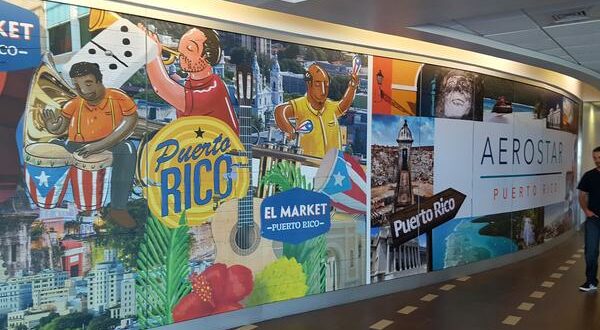 Puerto Rico emerged from the post-outbreak travel environment as a high-value travel destination, with the numbers to prove it. Through the end of April, passenger arrivals into San Juan’s Luis Marin International Airport are up 29 percent from one year ago, officials said this week.

The airport’s total capacity for 2022 is 5.9 percent higher than 2021, which was a record year for overnight visitors. Finally, domestic capacity for the year is up 2.9 percent while international capacity is up 49.9 percent.

Building on that success, the destination’s marketing organization, Discover Puerto Rico, this week launched “Live Boricua,” a consumer marketing campaign focused on “insights, creative, and assets from and driven by Puerto Ricans highlighting how to enjoy experiences the Boricua way,” according to Discover Puerto Rico officials.

We spoke with Leah Chandler, Discover Puerto Rico’s chief marketing officer, to discuss the elements that have contributed to the island’s tourism success and how the new campaign positions Puerto Rico for continued arrivals growth.

TP: Where does “Live Boricua” rank among Discover Puerto Rico’s campaigns to date?

LC: The campaign is we’ve launched since April of 2019. When we opened our doors on July first of 2018 as the first-ever private entity to market tourism to the world for Puerto Rico, we did some research and found that consumers really had a very neutral perception about the destination.

TP: What did you learn?

LC: [Consumers] didn’t know a lot about the Puerto Rico and many didn’t understand Puerto Rico’s connectivity to the U.S. So we were starting with somewhat of a blank slate which is why we took on an initiative to sort of reintroduce Puerto Rico to the world through that grand campaign in 2019.

Now as we start to emerge from the pandemic, we’re ready to hit the reset button and launched the new campaign with the tagline “Live Boricua.” We feel like it really is Puerto Rico’s moment to reintroduce the island again to the world because we have great momentum coming out of 2021 we’re hitting a lot of records in 2022 and we feel like it really is the perfect time for us to kind of emerge from some of the challenges the island has faced.”

TP: What does “Live Boricua” mean?

LC: It’s a great question. It’s a question we know we’re going to get asked but we are hoping that part of that intrigue is going to drive interested consumers to dig a bit more deeply. It’s actually a word that’s used to describe a person from Puerto Rico, by either birth or descent, so “Live Boricua” is really a movement that’s born out of Puerto Rico by the dmo alongside Puerto Ricans to really emphasize the state of mind, the way of life the spirit and the rhythm that can only be experienced in Puerto Rico.

TP: How will the branding distinguish the destination?

LC: [Live Boricua] has tremendous ownability for our destination. No other destination in the Caribbean or elsewhere can claim the use of the word. It really provides a point of differentiation and is just so unique to us.

TP: Why use the word in connection with leisure travel?

LC: We know that there is a high familiarity level with the word among the diaspora and, there’s a huge diaspora population in the United States. There is a lower level of awareness of the word in markets where we haven’t shared our messaging before, so markets with a lower level of awareness are maybe going to want to do a little bit of deeper dive. They’re going to Google [the term] to understand exactly what it means and we find that’s a good thing. Ultimately it connects us through this very, very ownable positioning to people through the culture and the experiences that only can be offered in Puerto Rico.

TP: What elements does the campaign utilize?

LC: It’s a 360-degree approach, so social media is going to be a big part of it. But we also have a very strong paid media program. We’re launching for the first time ever a national TV campaign for Discover Puerto Rico and Puerto Rico tourism in general. Never in the history of tourism in Puerto Rico has a national campaign been launched.

TP: What else is included?

LC: We are going to have a very robust digital campaign, banner ads [and] search engine marketing. We have a very robust social media campaign and then earned media is also a really important piece for us because we know there are still people struggling with perception of Puerto Rico.

There are still people who are a little bit unsure and still questioning what that experience going to be like when they get there. So earned media really helps us tell the story in a deeper way and share the narrative of how the island has recovered and really has come back stronger than ever.

TP: How does the overall campaign position a Puerto Rico vacation?

LC: Puerto Rico offers something that no other destination in the Caribbean can offer in that it’s this rich blend of the African, Taino Indian and Spanish heritage that creates this amazing blend of culture which bleeds into our history, our food, our dance music and even our cocktail scene. No one else can emulate that in the Caribbean and we wanted to own that.

Puerto Rico’s beaches will always be a part of our messaging we know people want to come to a destination that, especially in cold winter months in the U.S. mainland, they can see the ocean, they can lay on a warm beach and drink a pina colada. We’re happy for them to do that, but there’s so much more that Puerto Rico offers beyond that typical beach vacation.”

For the latest insight on travel to Puerto Rico and destinations around the world, check out this interactive guide:

For the latest travel news, updates and deals, be sure to subscribe to the daily TravelPulse newsletter here.