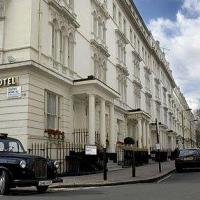 LONDON – It will come as little surprise to learn that hotel rates in London have risen sharply for New Year’s Eve this year, according to a survey conducted by Cheaprooms.co.uk. However, the survey also reveals that these rate hikes are not quite as stark as usual.

Roughly 25% of hotels in Central London are still offering available rooms for New Year’s Eve at the time of writing. On average, they are charging 104% more than their regular rates, although some hotels have hiked their prices by more than 300%.

For the cheapest available double room in a hotel rated at least 3 stars and located in the city centre (in and around the Soho district), visitors will have to spend roughly £185 – about 90% more than on a regular night in January. Rooms for less than £150 are available around a limited number of districts, including Earls Court, Wembley and Canary Wharf.

However, while these increases will certainly hit revellers in the pocket, they still fall some way short of recent years when it was often impossible to find a room in Central London on New Year’s Eve for below £200.

According to Paul Joseph from Cheaprooms.co.uk, “the rising number of Airbnbs as well as large numbers of new hotel openings have served to increase the supply of accommodation in the city, driving down prices in the process.”

For budget travellers planning to spend New Year’s Eve in London, the situation is somewhat similar. Booking yourself into a 6-bed dormitory in a youth hostel is likely to cost you around £35, representing a 150% increase on standard rates.

The following table shows the hotels in Central London with the largest rate increases for New Year’s Eve 2017. All rates were established on 28 December and are based on data gained from a major hotel price comparison website.