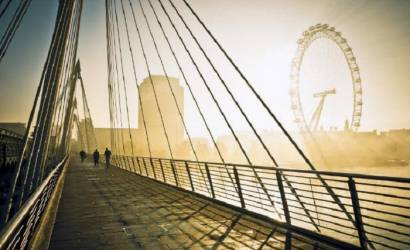 The mayor of London, Sadiq Khan, is launching a drive to promote London to visitors from other parts of the United Kingdom following a recent decline in domestic tourism.

London is one of the most visited cities in the world.

In 2017, 32 million tourists visited the capital for more than one day, generating almost £26 billion for the capital’s economy.

Of these, 19.8 million were international tourists, while 12.2 million were from England, Scotland and Wales.

But while international visits to London have increased during each of the past five years, there has been a decline in the number of visitors from around the UK who visit the capital for just one day.

During this time, spend from day visits reduced considerably, by approximately 13 per cent from £14.4 billion to £12.6 billion.

London & Partners currently promotes London internationally but with the mayor’s announcement today they will now have responsibility for co-ordinating an industry-led Domestic Tourism Consortium that will promote the capital to domestic tourists as well.

The mayor will commit £600,000 to the consortium over the next two years to support dedicated campaigns and promotional activity to address the decline in UK visitors.

A number of London’s business improvement districts and landlords have also joined forces to create the consortium and provided substantial investment towards the campaign.

Speaking to over 300 of the capital’s tourism and hospitality businesses at L&P’s annual Tourism Means Business conference today, Khan, said: “Tourism is of huge value to our economy, and domestic tourists tend to spend more than international visitors.

“So it’s important that we take action to boost the number of visitors to London from around the UK.

“I am pleased to announce that London & Partners will now be using their considerable expertise in promoting London, to also target a domestic audience, working closely with business to promote the capital to other parts of the UK and spread the message that London is and always will be open.”