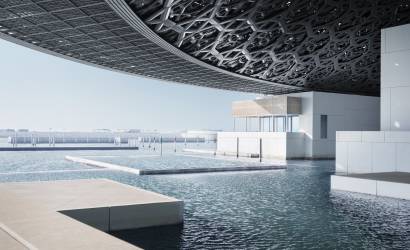 Featuring some of the most notable names of the 20th century avant-garde scene, Louvre Abu Dhabi’s upcoming exhibition, Rendezvous in Paris: Picasso, Chagall, Modigliani & Co. (1900-1939), will include more than 80 works.

Running from September 18th until December 7th, the exhibition will trace the creative output of emigrant artists living and working in Paris throughout the first half of the 20th century.

The first exhibition in Louvre Abu Dhabi’s new season, Changing Societies, Rendezvous in Paris will be held in partnership with Paris’ Centre Pompidou and organised with Agence France-Muséums.

Through paintings, sculptures and photographs by some 50 avant-garde artists, the exhibition will explore the Paris of the 1920s.

Paris’ dynamism and cosmopolitan nature made it an attractive, Bohemian hub for artists from across Europe, many of whom left their home countries in the post-World War I years in search of a place where they could express themselves creatively.

Gathering in cafés, salons, studios and galleries, this artistic community transformed the City of Lights into the creative heart of Europe, with their experimentation with radical expressions of colour and form producing some of the most iconic artworks in history.

Manuel Rabaté, director of Louvre Abu Dhabi, said: “For the first time ever in Abu Dhabi, residents and visitors will be able to see works by Picasso, Chagall, Modigliani, Delaunay, Lipchitz and other masters in a show encompassing the key movements of 20th century modern art.

“This gathering of the widest ever range of classical Modernists’ works in the UAE reflects our commitment to bringing art from all over the world to our diverse audience.”

Viewers will be able to experience the evolution and dynamism of this art scene through a variety of interactive mediation devices: one highlights the artists’ journeys from their home countries to Paris, another provides an immersive experience in the studio of the artist Brancusi, while others focus on colours and music.

Entrance to the exhibition is free with the museum’s admission ticket.

Admission is free for children under 13.