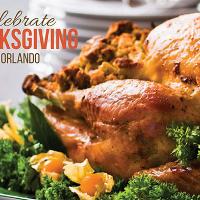 Nearly 51 million Americans to travel this Thanksgiving, highest volume in a dozen years

ORLANDO, FLA. – AAA projects 50.9 million Americans will journey 50 miles or more away from home this Thanksgiving, a 3.3 percent increase over last year. The 2017 holiday weekend will see the highest Thanksgiving travel volume since 2005 with 1.6 million more people taking to the nation’s roads, skies, rails and waterways compared with last year. AAA and INRIX, a global transportation analytics company, predict travel times in the most congested cities in the U.S. during the holiday week could be as much as three times longer than the optimal trip.

“Thanksgiving kicks off the start of a busy holiday season, and more thankful Americans will travel to spend time with friends and family this year,” said Bill Sutherland, AAA senior vice president, Travel and Publishing. “A strong economy and labor market are generating rising incomes and higher consumer confidence, fueling a strong year for the travel industry, which will continue into the holiday season.”

The Thanksgiving holiday travel period is defined as Wednesday, Nov. 22 to Sunday, Nov. 26.

By the Numbers: 2017 Thanksgiving Travel Forecast

Travelers still hitting the road despite higher gas prices
While AAA expects most U.S. drivers will pay the highest Thanksgiving gas prices since 2014, the vast majority of holiday travelers (89.3 percent) are still planning to hit the road. Automobile travel will grow by 3.2 percent this Thanksgiving, with 45.5 million Americans planning a holiday road trip. This November’s national average price is $2.54, which is 37 cents more than last November (1st-14th).

Highs and Lows: Car rentals, airfare and hotel rates
According to AAA’s Leisure Travel Index, travelers taking to the skies will pay the lowest average in five years for a round-trip flight for the top 40 domestic routes. At $157, on average, that is a 23 percent fare drop year-over-year.

Travelers can expect to spend any ‘flight savings’ on car rentals. At $70/day, the daily car rental average is 34 percent more than last year and the highest rate for Thanksgiving weekend since 2013. The increase in rates may be attributed to an increase in domestic demand and cost of newer vehicles in the fleets with added features and benefits.

Travelers Beware and Advised: Traffic Hotspots and Best and Worst Times to Hit the Road
Based on historical and recent travel trends for the holiday week, INRIX, in collaboration with AAA, predicts drivers will experience the greatest amount of congestion during the early evening – as early as Tuesday of Thanksgiving week – as commuters mix with holiday travelers. At its peak, drivers on Chicago’s interstates, for example, could see a delay of nearly 300 percent over the optimal trip.

“Thanksgiving has historically been one of the busiest holidays for road trips, and this year we could see record-level travel delays,” says Bob Pishue, transportation analyst at INRIX. “Knowing when and where congestion will build can help drivers avoid the stress of sitting in traffic.”

The worst traffic hotspot during Thanksgiving week in each of the 10 most congested cities in the U.S. are:

Across the country, travelers that take to the sky must account for long security lines, but also increased drive times to the airport. AAA and INRIX expect delays getting to the nation’s busiest airports could be as long as an hour.

According to Hertz, the busiest airport pick-up locations for travelers planning to rent a car this Thanksgiving are expected to be Orlando (MCO), Los Angeles (LAX), Miami (MIA), Las Vegas (LAS) and Fort Lauderdale (FLL). The busiest day for rental pick-ups is expected to be Wednesday, Nov. 22, with an average rental length of nearly five full days, as travelers look to take advantage of the long holiday weekend.