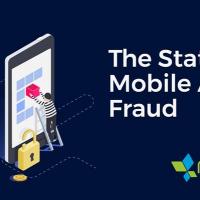 The report, covering over 10 billion installs of 6,000 apps, found that mobile app marketers were exposed to 30% more fraud during the first quarter of 2018 (as compared to the 2017 quarterly average). When factoring media cost and 3rd party attribution market share estimates, financial exposure to fraud in Q1 hit $700-$800 million worldwide. Overall, the data shows an 11.5% fraud rate, a 15% increase compared to the last study.

Fraud has become a high stakes arms race. When one form of attack is blocked, fraudsters find another way in and they do it at increasingly alarming speed. As a result, fraud comes in waves, as the following chart clearly illustrates:

Key findings of the report include: