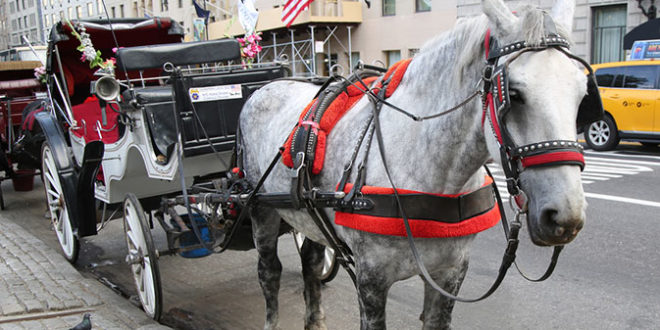 NEW YORK — A New York City carriage horse is safely back in its stable after breaking free and running wild through rush hour traffic.

The horse, a 12-year-old mare named Goldie, broke free on Tuesday while being taken back to her stable in the Hell’s Kitchen neighbourhood of Manhattan. Witnesses say Goldie soon went into a full gallop, cutting off cars and running across streets.

After running eleven blocks, Goldie returned to her stable on her own. She was not injured.

A carriage driver says it wasn’t that big of a deal and tells WNBC-TV that Goldie probably wanted some exercise after a slow day at work.

Previous Insight Vacations & Luxury Gold appoints new CEO Bohler
Next What do you do when all your best travel photos feature your ex?