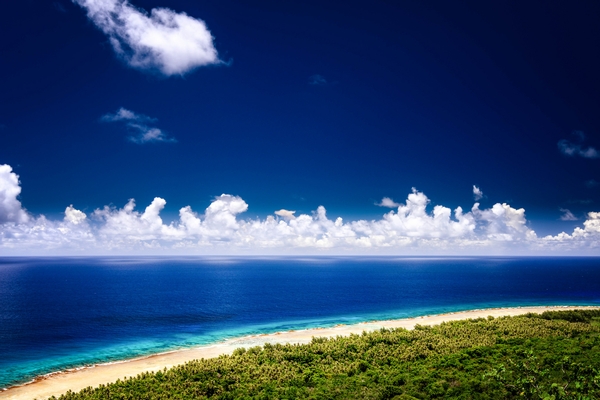 Despite heightened tensions between the United States and North Korea amid threats against Guam, President Donald Trump announced last week that he believes the attention the island is receiving will boost tourism tenfold.

In response, representatives from Republican Governor Eddie Baza Calvo’s office in Washington D.C. said “none of this is good publicity.”

“I’m just saying that is the result of what’s happening. Nobody asked for it. Nobody wanted it. It happened,” director of Calvo’s Washington office, Margaret Metcalfe, told The Washington Post. “We pray day and night. … And we hope that calmness prevails and balance prevail. We certainly don’t what to do anything that would put our families at risk.”

“I don’t think anyone can really predict what our president may offer because he is one of those thinkers outside the box,” Metcalfe continued. “But right now, I can tell you, in Guam, our flights are arriving from South Korea and Japan … Tourists are coming as normal even with all these fights from the media.”

The comments come after North Korean leader Kim Jong Un threatened to fire a missile toward Guam, where the U.S. has a major military base that takes up 30 percent of the island. Guam has a $5 billion economy, which is fueled by tourism and the U.S. military.

The Pacific Daily News is also reporting the threats from North Korea have not seriously impacted the tourism industry, with few travelers canceling vacations to the island. Locals are remaining calm and visitors are still able to enjoy the beautiful beaches and serene destinations.

“It seems North Korea racks up tension once or twice every year, and travelers have become insensitive about it,” South Korean travel agent Won Hyung-jin told ABCNews.com. Won’s company sends about 5,000 travelers to Guam each month.