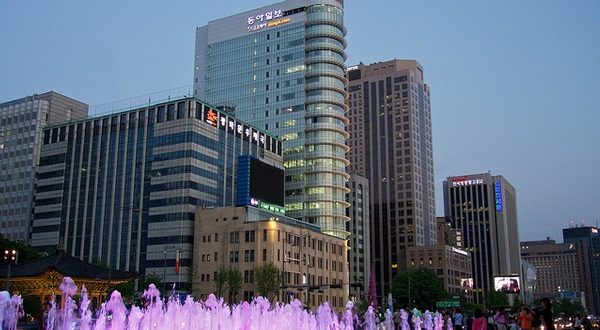 New York City has renewed its tourism partnership with one of its leading sources of international visitation.

The one-year partnership, which comes one month after New York joined forces with Tokyo, will see the two cities exchange marketing assets and share best tourism marketing practices in addition to the rollout of promotional offers designed to bolster reciprocal travel between the two destinations.

Right off the bat, Asiana Airlines will offer special fares between New York and Seoul through mid-January, with flights from John F. Kennedy International Airport to Incheon International Airport starting at just $736. Travelers can book the special rates at flyasiana.com before January 14, 2018, for travel prior to May 31, 2018.

The two cities will each exchange $240,500 worth of media to promote seasonal travel to the other destination.

NYC & Company president and CEO, Fred Dixon called Seoul “one of the coolest and most dynamic cities in the world.”

“Seoul was our first city-to-city tourism partner in Asia, and South Korea is a burgeoning market, with 386,000 visitors to New York City last year—a 36 percent increase since our original agreement was signed,” Dixon said in a statement. “Now, more than ever, it is important to reinforce our commitment and do all we can to welcome global visitors to both of our destinations.”

South Korea is among New York’s top 10 sources of international visitation. According to data from NYC & Company and the U.S. Department of Commerce’s National Travel & Tourism Office, 80 percent of foreign arrivals from South Korea to the U.S. last year departed from Seoul’s Incheon International Airport.

“We hope Seoul will be able to attract not only New Yorkers but also those international visitors who come to New York City through this collaborative marketing efforts,” said Joon-ho Ahn, Director-General of Tourism & Sports Bureau, Seoul Metropolitan Government, in a statement. “As the joint marketing period overlaps Pyeongchang Olympic Winter Games in February 2018, we hope to welcome more New Yorkers to Korea.”

The renewed collaboration comes one month after NYC & Company launched the “True York City” campaign in 17 countries and two months after the organization partnered with Chute to roll out an AI chatbot for social media.

Previous ASAP/Savills Sentiment Survey confirms robust outlook for serviced apartment sector
Next American, British and Chinese travelers prioritize trip activities and once in a lifetime experiences ahead of a great deal