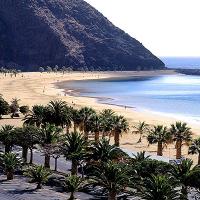 On the Beach: Spain remains favourite winter sun destination, but Turkey is back

Research conducted by beach holiday specialist On the Beach has revealed Spain as the most popular winter sun destination this year, with the Canary Islands and resorts across the mainland attracting more Brits than any other destination over the winter sun period*.

Following the news from the Met Office that Britain is set to be gripped by a four-month freeze this winter, millions of Brits will be jetting off to warmer climes, looking to escape the cold snap.

Booking data at On the Beach shows Spain and its islands as the most popular hot spots, grabbing the top three places, with the Canary Islands, which enjoy average temperatures of 23o during Nov, the most popular destination, followed by Mainland Spain and the Balearics.

The research also revealed the British love affair with Turkey is back with the sun-drenched country named one of the fastest growing winter sun destinations this season, taking fourth place, overtaking both the Algarve (5th) and Greece (6th) from last year’s top 10 list.

Completing this year’s top 10 most popular winter sun destinations according to booking data at On the Beach are Malta, Morocco, Egypt and Cyprus.

The research also reveals long-haul holidays are growing increasingly popular amongst sun-seeking Brits over the winter sun season, with the Dominican Republic and Mexico growing in popularity in comparison to previous years.

Turkey, which according to official data** has seen the number of foreign visitors increase by almost 12% this year, is the fifth fastest growing winter sun destination at On the Beach.