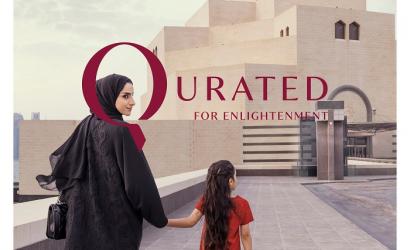 Qatar has launched its first global destination campaign aimed at positioning the Arabian Gulf country as an attractive destination for authentic and bespoke experiences.

Under the tagline Qatar ‘Qurated For You’, the campaign seeks to bring to life Qatar’s focus on tailored visitor experiences.

It will be rolled out across 15 existing and targeted priority markets.

The campaign’s launch comes as the country prepares to host the FIFA World Cup in 2022 but continues to battle negative headlines focused on poor conditions for overseas workers.

Allegations of corruption have dogged plans for the tournament.

Qatar is also under what it brands a blockade from neighbours Saudi Arabia and Egypt, among others, who accuse the tiny country of supporting terrorism in the Middle East.

Ahead of the new campaign, Qatar Tourism Authority was converted into the Qatar National Tourism Council.

The new governance structure paves the way for the implementation of key initiatives across the public and private sectors to develop solid tourism infrastructure and deliver exceptional visitor experiences.

Both the revised governance model and the global promotion campaign are critical components of the sector’s newest strategy launched in 2017.

These developments are further complemented by the country’s revised visitor visa policies which have earned it the ranking as the most open country in the Middle East – and the eighth most open in the world – according to UNWTO’s recently updated visa openness rankings.

Rashed AlQurese, chief marketing and promotion officer at QNTC, added: “Qurated is more than an advertising campaign: we’ve closely examined what Qatar offers as a destination to bring into sharp focus the essence of the Qatar experience, and how it can be tailored to each of our visitor segments.”

To deliver bespoke end-to-end experiences to our visitors while achieving true impact for the industry, QNTC is partnering with some of the world’s most popular travel platforms such as Booking.com, TripAdvisor and Lonely Planet so that prospective visitors can curate their next visit to Qatar from the moment they read about the destination, through to making reservations and enjoying the destination’s various cultural and natural attractions.

Through captivating visuals that offer glimpses of Qatar’s authentic tourism offerings, the campaign is designed to make Qatar a top-of-mind destination.