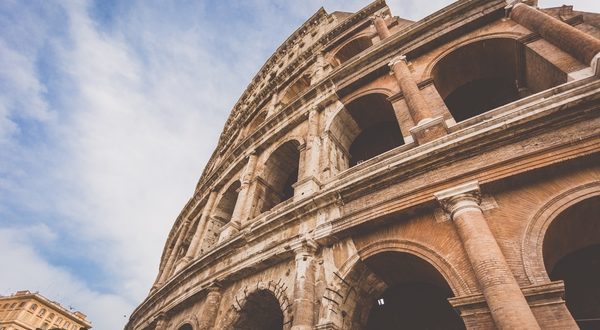 Cold weather across Europe caused travel headaches Monday, but it was a rare snowstorm in Rome Sunday night that resulted in the majority of flight delays and cancellations.

According to Reuters.com, weather experts in Europe dubbed the cold front sweeping across Europe from Siberia as the “beast from the east,” as it brought strong winds, cold temperatures and snow to many regions.

In Rome, the city experienced its heaviest snowfall of the last six years, forcing city officials to call on the army for help. Due to the lack of snowfall in the city, officials were not prepared for the winter storm.

Some of Rome’s most popular tourist destinations have been covered with an unusual blanket of snow, including the Piazza Venezia, St. Peter’s Square, the Colosseum, the Vatican, Trevi Fountain, Pantheon and more.

Rome experiences its heaviest snowfall in six years, covering its famed monuments in a stunning white blanket. The snow-covered sights from Italy’s capital look like scenes from a fairytale. https://t.co/OzlCWpnFGC pic.twitter.com/66qWBJURnH

Leonardo da Vinci–Fiumicino Airport in Rome operated with only one runway Sunday night as four inches of snow fell in four hours. The city’s second-largest airport Ciampino–G. B. Pastine International was completely shut down due to the storm.

As a result of the closures, Ryanair had canceled all flights to and from Ciampino Sunday, with hundreds of delays carrying over into Monday. According to FlightAware, over 250 flights are currently delayed at Rome’s two largest airports as of Monday at 2:45 p.m. ET.

Previous European Travel Commission: Sound growth prospects for Chinese travel to Europe in the first quarter of 2018
Next Biometric border innovation spreads across the globe