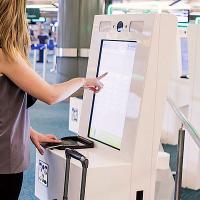 “The age of seamless international travel is imminent,” says Maxine Most, Principal at Acuity Market Intelligence. “The global footprint for biometric-based border automation is expanding as ABC eGates and APC Kiosks have become mainstream and air, land, and sea ports look to increase reliance on these highly successful traveler facilitation solutions.”

“More than 2500 ABC eGates currently operate at 188 ports in 65 countries,” says Most, a biometric identity and security technology expert. “Asia is home to more than 38% of all eGates followed by Europe with 37% of total units worldwide. Acuity expects a modest 10% installed base CAGR for ABC eGates over the next five years. However, many eGates will be upgraded and replaced so annual units deployed will likely be close to 20% of the installed base.”

“The number of Automated Passport Control (APC) Kiosks nearly doubled between 2015 and 2017 from 1243 to 2300,” Most says. “The Installed base is expected to nearly double again by 2020. Deployments are growing in the US and the Caribbean, Canada is substantially expanding its current program with next generation kiosks while phasing out existing units, and the APC Kiosk approach is now taking hold in Europe and the Middle East.”

According to Most, “The next major wave of biometric border automation – currently in its infancy – includes integrating biometric check-in, bag drop, and boarding with passport control.” Acuity will provide forecasts for these emerging solutions in the 2018 edition of The Global Automated Border Control Industry Report available this Spring.