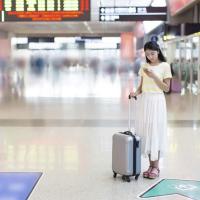 European Travel Commission: Sound growth prospects for Chinese travel to Europe in the first quarter of 2018

BRUSSELS – Positive indicators mirror outbound travel growth forecasts around the celebration of the Chinese New Year, one of the key periods when Chinese take holidays.

According to the latest results of the Long-Haul Travel Sentiment Survey and Index Chinese willingness to travel overseas remains positive in the first months of 2018. Nearly 3 in 5 (58%) Chinese respondents plan to travel internationally between January-April 2018 suggesting that demand from this market is likely to sustain in the near future.

Europe remains the number one destination for Chinese planning to travel long-haul
93% of Chinese respondents who intend to visit overseas destinations in the first four months of 2018 are likely to choose a European destination. The strong interesto for travel to Europe reflects the increasing affluence of Chinese citizens, improved air connectivity, competitive airfares, and the opening of many new visa application centres across China. Additionally, public-private initiatives aimed at strengthening the presence of European tourism in China e.g. 2018 EU-China Tourism Year and Partnerships in European Tourism are expected to support the surge in Chinese travel flows to Europe for the foreseeable future.

Chinese travellers keen on exploring multiple destinations in one single trip
The majority (67%) of Chinese respondents expect their next holiday to Europe to last approximately one week and consist of visits to multiple European countries. Besides the most popular destinations, such as France, Germany and Italy; other destinations like the Netherlands and the Czech Republic are gaining popularity among Chinese. In line with the global travel trends, 60% of Chinese respondents expressed interest in heading into the great outdoors for more nature-related experiences. Simultaneously, Europe’s culture, history and famous landmarks continue to attract many visitors and make a big mark on Chinese travel in Europe.

The Long-Haul Travel Sentiment Survey and Index is an initiative of the European Travel Commission, the European Tourism Association (ETOA) and Eurail Group aimed at monitoring travel sentiment in some of the most important outbound travel markets for Europe – Brazil, China, Japan, Russia and the US.