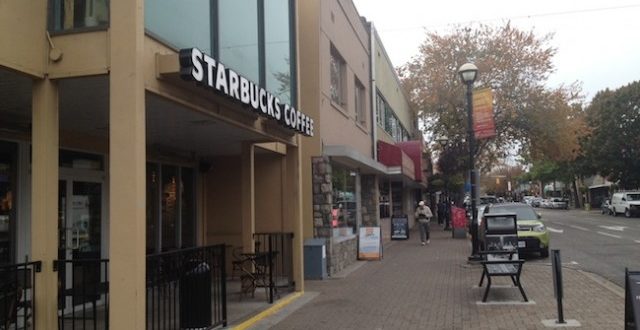 Penticton council has approved sprucing up two blocks of Main Street in the downtown core.

“I am excited to see downtown revitalization, which has been discussed many times over the years and never fully actioned, finally moving forward,” said Mayor Andrew Jakubeit. “Downtown is where we gather as a community and a gauge for the vibrancy of the city.

It has been a focal point of several years of consultation and community survey feedback ranked downtown revitalization as a priority.”

The project will cost $4.3 million and is based on receiving approximately $2.7 million in grants, which they should be able to confirm by December.

Highlights include wider sidewalks, two lanes of traffic flow, a raised plaza linking Gyro and Veterans Park and the ability to close off the street by the park.

There will be a new side street just before Gyro Park linking Main Street to Martin Street.

There will also be a light canopy to enhance the park and festival atmosphere.

Parking in the 100 block will become parallel parking to match with the rest of Main Street.

“We also have aged infrastructure that we need to replace,” said the mayor. “So while we rip up the street to replace water and sewer mains, we are taking the opportunity to beautify our downtown core and create a better experience.”

Coun. Helena Konanz cast the only opposing vote, saying it was a lot more money than she expected it to be.

“I think we are going to have a tough time affording that and approving it when the budget sessions come forward,” she said