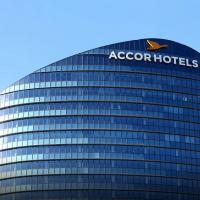 LONDON – Accor maintains the top room count among parent companies in Europe, and Ibis is the continent’s largest hotel brand, according to the STR 500.

As part of the STR 500 launch, the company will release the top 100 companies and brands in Europe during the 22nd International Hotel Investment Forum next week in Berlin.

“Global companies have seen continued performance growth in Europe as added incentive to expand their portfolios in the region,” said Alexander Robinson, STR’s senior manager of industry partners. “Looking at the supply offerings across Europe, we see a range of chain-scale segments represented – most notably Economy, Midscale, Upper Midscale and Upper Upscale – but the expansion of the economy product is quite evident with the presence of Premier Inn and Ibis Budget, both in existing supply and in the development pipeline. We expect Europe to remain a top focus in the global development scene.”

Robinson will be one of several STR executives included in the IHIF lineup next week:

Previous What’s New This Month in New Orleans Hospitality Industry?
Next Beat the Winter Blues With an Active Vacation in Puerto Vallarta